Menu
View our Events
Stay Connected:
The Trojans look to turn the page after two years of sports scandals. Mike Bohn comes to Southern California from the University of Cincinnati with a reputation for integrity, leadership and student focus. Turnkey’s Len Perna discusses the placement. 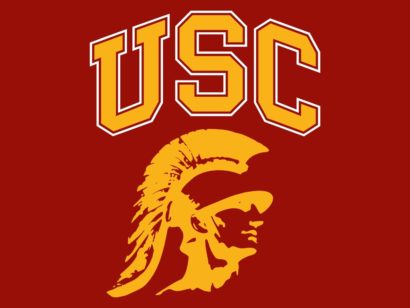 November 11, 2019 – Turnkey Search, a subsidiary of Turnkey Sports & Entertainment, has placed Mike Bohn as the new director of athletics for the University of Southern California. He replaces NFL Hall of Famer Lynn Swann who resigned in September amid investigations targeting the athletic department. In 2016, the school used Neumann Associates (now part of Koya Leadership Partners) to recruit Mr. Swann as USC’s AD.

“In Mike, we have selected an energetic leader who will stay true to our Trojan heritage of outstanding athletic performance,” Ms. Folt said. “He has led athletics programs that are extremely competitive while demanding the highest level of integrity, and he will bring this winning combination to USC.”

“It was an unbelievable honor to be part of the search committee, and know that voices from across our students, coaches and staff were being heard,” said student-athlete Anna Cockrell. “I was most impressed with Mr. Bohn’s passion, integrity and real examples of how he has connected with students in the past.”

In his new role, Mr. Bohn will be responsible for the overall culture and operation of the Athletics Department and its intercollegiate athletics programs. The athletic director reports to the president of the university and serves as a member of the president’s cabinet.

USC is a private, not-for-profit and nonsectarian research university founded in 1880, with its main campus in the city area of Los Angeles. As California’s oldest private research university, USC has historically educated a large number of the region’s business leaders and professionals. Its athletics have won 123 total team national championships, 97 for men and 26 for women, including non-NCAA championships.

20-Plus Years of Experience

Len Perna, founder, president and CEO, manages all aspects of Turnkey Search. A top executive in the sports industry since 1985, he began his sports career as a business attorney for Cap Cities ABC/ESPN and also served as a top executive for the Detroit Red Wings/Tigers and the Dallas Stars/Texas Rangers.

Mr. Perna recent sat down with Hunt Scanlon Media to discuss the search in more detail. Following are excerpts from that discussion.

Len, about how many candidates were viewed for this position and where did you hunt for candidates?

What made this role so appealing to candidates?

USC is a stunning and storied place with many, many NCAA Championships, Pac-12 Championships, Heisman Trophies, etc. Last year alone, USC won six NCAA national titles in six different sports. USC typically finishes in the top five or top 10 in the Directors’ Cup, which is the award given to the school with the best all-around ranking across all sports. Also it helps that it is located in Southern California/Los Angeles with amazing weather, amazing resources and alums, etc. I can go on and on.

“More than 80 candidates were considered for the USC role, with the vast majority of them currently working in intercollegiate athletics.”

Ultimately, what made Mike Bohn the best choice for this role?

Mike Bohn was selected because of his integrity, his NCAA student-athlete focus and his people skills. USC is in a place right now where it needed an individual to engage more deeply with student athletes, engage more deeply with coaches, engage with faculty and staff, engage with alumni and donors, etc. Deeper more organic day-to-day engagement with all stakeholders. President Folt was looking for a people person with strong interpersonal skills for building engagement, followership and galvanizing the USC community. Mike Bohn is a passionate, engaged team player and that ultimately made him a great choice when considering his deep NCAA experience.

Can you share some other AD searches Turnkey has conducted?

In addition to USC, Turnkey has done Alabama, Nebraska, Michigan, Minnesota, Maryland, Georgia Tech, Georgetown, Denver and about a dozen other athletic director placements within the past three years.