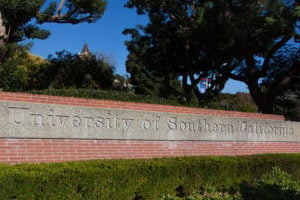 September 23, 2019 – In the wake of multiple scandals, the University of Southern California has appointed Carol L. Folt as its first woman president. Heidrick & Struggles and Isaacson, Miller conducted the search in an unusual pairing of rival recruiting outfits. Former president C. L. Max Nikias stepped down last year after a former campus gynecologist was accused of sexual misconduct.

“As I have come to know Dr. Folt and how she thinks, it is clear that USC has chosen a brilliant, principled leader with clarity of purpose and integrity to lead the university forward and upward,” said Rick Caruso, chair of the USC board of trustees. “Ours was a global search, and we spoke to over a hundred diverse and world-class candidates. Dr. Folt stood out from the very beginning as a courageous and compassionate person who always places the well-being of students, faculty, staff and patients at the heart of all she does.”

“She has a deep appreciation for the breadth and depth of USC’s mission, and I’m confident she will further strengthen the academic and athletic programs, professional schools and health sciences,” he said. “Her experience, energy and dedication to these essential elements of USC are needed now more than ever. She is the right leader at the right time. She is a remarkable and accomplished woman.”

Ms. Folt was the unanimous choice of USC’s 23-member presidential search advisory committee. The group presented Ms. Folt as a candidate after a seven-month national search by Heidrick & Struggles and Isaacson, Miller  that was shaped by the input of hundreds of USC faculty and staff members, students, alumni and other members of the university community.

Right Person for the Job

Ms. Folt has deep experience leading a university through challenging times. Formerly chancellor of the University of North Carolina at Chapel Hill (UNC), she brings decades of experience in academia to USC, launching a new era for the 139-year-old university. When she became chancellor of UNC in 2013, she inherited a university grappling with highly publicized past academic and athletic irregularities. At the same time, in partnership with the UNC board of trustees, faculty, staff and students, Ms. Folt drove critical conversations about race, appointed a special assistant to the chancellor to focus on diversity and inclusion, and completed the removal of a Confederate monument from campus. As colleges nationwide grappled with sexual violence, Ms. Folt strengthened the university’s policies on sexual assault and spoke out strongly on the topic on panels at the White House and other universities.

“Carol Folt’s entire career, as both a faculty member and leader, embodies a commitment to all aspects of academic excellence while always putting people first,” said Yaniv Bar-Cohen, president of the USC Academic Senate and professor of clinical pediatrics and medicine at the Keck School of Medicine of USC. “The search committee set out to find the very best leader for where our institution wants to go, and I believe we found the perfect match.”

“Dr. Folt is a seasoned leader who has an excellent track record of listening to others,” said interim president Wanda M. Austin, an alumna and member of the USC board of trustees. “She clearly understands the value of reaching out across campus, and for standing strong for the character and principles of a university’s community. Her experience gives me great confidence that she will uphold a culture of integrity at USC.”

Founded in 1880, USC is the oldest private research university in California. For the 2018-19 academic year, there were 20,000 students enrolled in four-year undergraduate programs. USC also has 27,500 graduate and professional students in a number of different programs, including business, law, engineering, social work, occupational therapy, pharmacy and medicine.

Check Out These Related Articles On Schools Appointing Female Leaders: