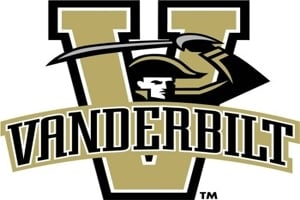 April 2, 2019 – Just a few months after recruiting Vanderbilt University’s athletic director, Korn Ferry has been asked to find the school’s next head basketball coach. Bryce Drew, whose teams had a record of 40-59 over his three years at the helm, was let go last month.

“Vanderbilt is committed to competing at the highest levels on and off the court,” said athletics director Malcolm Turner. “After careful consideration, we’ve decided to make a change to the leadership of our men’s basketball program. Bryce has represented Vanderbilt in exceptional fashion in his time here. I appreciate all of the contributions Bryce has made over the past three seasons to Vanderbilt, and we wish him all the best.”

Mr. Bryce responded to his firing in a statement on his newly created Twitter account. “It has been an honor to serve as the head basketball coach for Vanderbilt University the past three years,” he said. “As members of the Commodore Nation, my family and I have been incredibly blessed during our time in the Nashville community. While these days are never easy, it is important to have faith and maintain the highest level of integrity. We trust that the Lord has a wonderful plan for our next chapter.”

Mr. Drew brought Vanderbilt to the NCAA Tournament in his first season. Two losing seasons followed, however, and the team reached new depths of futility. In 2018-19, the Commodores finished with an active 20-game losing streak, the longest in program history, according to the Sporting News. They also became the Southeastern Conference’s first team to fail to win a game in league play in 65 years.

The search for Mr. Drew’s replacement was to begin immediately. Among the head coaches mentioned in the media as possible successors are:  Michael Rhoades of Virginia Commonwealth University, Matt McMahon of Murray State and Johnny Dawkins of the University of Central Florida.

“I set out to find a thought leader with the skill-set and vision to manage the next stage of transformation for Vanderbilt athletics, and that’s exactly what we found in Malcolm Turner,” said Nicholas Zeppos, the university’s chancellor. “Malcolm is a proven executive with deep expertise in multiple business disciplines including management, marketing and development across the sports landscape of teams, leagues, facilities and major events.”

“He also carries a deep and personal commitment to education, evidenced by his own academic achievements and his extensive community service,” said Mr. Zeppos. “His exceptional skills, combined with his passion for education and drive for excellence, will bring immense value not only to the Vanderbilt Commodores, but to the rest of the university and to the entire Nashville community.”

Mr. Turner is a proven and highly accomplished sports business executive with a passion for the transformative power of education. He previously served as a member of the NBA’s senior leadership team and president of the NBA G League. Under Mr. Turner’s leadership, the NBA G League enjoyed unprecedented growth across all areas of its business and basketball operations. Prior to joining the NBA, Mr. Turner worked at Wasserman Media Group, where he helped build the firm’s preeminent consulting division as its managing director, creating and managing sports, entertainment, venue and new product launch strategies

Mr. Hughes, of Korn Ferry, is renowned for identifying, assessing and developing leaders for sports organizations. His relationships within sports and intercollegiate athletics are extensive, having spent 20 years coaching in professional and intercollegiate football and working for five Hall of Fame coaches. Jason Belzer of Forbes has called Mr. Hughes the most valuable connector of the sports industry. Mr. Bowlsby is also experienced in managing high-profile executive transitions at the collegiate level, joining Korn Ferry’s global sports practice in 2015.

Earlier this year, Korn Ferry launched a search for a new commissioner for the Big Ten Conference. Jim Delany, who has held the commissioner role for 30 years, will step down when his contract expires at the end of June 2020. The search will be led by Mr. Hughes.