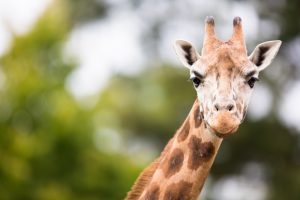 April 5, 2019 – Los Angeles-based Shelli Herman and Associates has been retained by the Foundation of San Diego Zoo Global to find its next president. Shelli Herman, president of the recruitment firm, is leading the assignment along with her associate, Krista Haley.

The foundation wants a strategic, collaborative and experienced fundraising professional to serve in the role of president, Foundation of San Diego Zoo Global (SDZG)/ chief development and membership officer. “This leader will join the SDZG at a pivotal time as the organization leads the fight against wildlife extinction,” said the search firm. “Because they aspire to be a catalyst amongst their peers and partners in the global community, the need for additional, private resources are greater than they have ever been.”

The incoming executive will oversee planning and implementation of development campaigns, in collaboration with the president/CEO, executive team colleagues and subject matter experts. This includes devising and overseeing the execution of SDZG’s development and membership long-range and short-term plans. The individual will also direct establishment of funding priorities for the San Diego Zoo, San Diego Zoo Safari Park and Institute for Conservation Research.

“This hands-on leader will be comfortable in an entrepreneurial, high-growth environment that is diverse, inclusive and dynamic, where everyone plays a part in maintaining and fostering the culture,” the search firm said. “This leader must possess and project the utmost integrity and highest standards of professional conduct and must be qualified by accomplishment and experience to garner the trust of a committed, discerning, and motivated philanthropic community.” 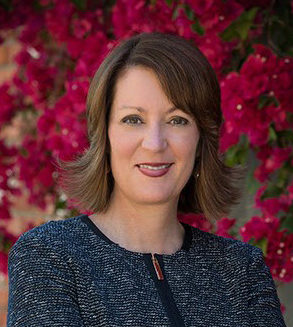 “My firm is incredibly excited to be partnering with San Diego Zoo Global. As the largest organization of its kind in the world, the organization has long been known for their creativity and discovery of new solutions as they lead the fight against wildlife extinction. Under the leadership of departing president, Mark Stuart, the San Diego Zoo Global has already built a strong advancement program that takes novel approaches to generating revenue and exposure through the addition of enterprising ventures to philanthropic support. Philanthropy at SDZG continues to mature and they have been especially successful in securing principal gifts over the past few years, including a number of seven and eight figure commitments.”

“The organization completed their 100th Anniversary Campaign in December of 2018. Roaring Forward successfully raised just over $530 million, far exceeding the original campaign goal of $400 million. This is an incomparable chance for an accomplished and high-achieving leader to further build an already thriving and cutting-edge advancement program as the larger organization continues to define itself as the leader in the fight against extinction.”

The successful candidate will have a minimum of 10 to 15 years of leadership-level fundraising experience gained in an organization that is known for world-class operational acuity. “They will have a proven track record of leading a comprehensive, complex advancement function that includes annual and major/leadership giving, membership, planned giving, special events, and campaign management,” said Ms. Herman. “They will have demonstrated experience in providing quantifiable results in a complex organization with a high growth trajectory.”

Ms. Herman, who has 20 years of executive recruitment experience, has a strong record of leading searches and building upper management teams for a diverse clientele, including Fortune 500 companies. She has completed senior-level assignments in many industries, including consumer products, healthcare, high technology and finance, as well as for non-profit and cultural organizations.