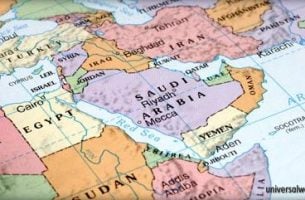 August 15, 2016 – InterSearch Worldwide, a global network of executive search firms, has named Samantha Robinson as managing director for the Middle East. This follows the retirement of John Robinson, founder and former managing director.

Ms. Robinson, who has 20 years combined executive search and in-house recruitment experience, joined InterSearch Middle East 10 years ago, initially as the general manager of Oman, before moving to the UAE as general manager four years ago. Born in Kuwait, Ms. Robinson has an affinity with the Middle East and prior to joining InterSearch she worked in senior talent acquisition roles for leading firms including Merrill Lynch, BP International and Standard Chartered Bank.

“It’s an honor and privilege to be appointed as managing director and I look forward to leading InterSearch Middle East through the next stage of our growth strategy,” said Ms. Robinson. She said the firm will shortly open its next InterSearch office in Abu Dhabi to add to its existing offices in Dubai, Oman and Saudi Arabia.

“I have worked closely with John for many years and look forward to continuing his legacy of delivering unparalleled high quality client and candidate experience, along with our uncompromised commitment to delivery excellence, through our strategic and collaborative approach,” Ms. Robinson added.

InterSearch opened its first office in Dubai in 1998 and is one of the original pioneers in the Middle East executive search industry.

“While my time as managing director of InterSearch Middle East has come to an end, I am delighted to be handing over the reins to Samantha, who has the passion, experience and talented team required to continue to serve existing and future InterSearch clients,” said Mr. Robinson.

According to research compiled by search industry tracking firm Hunt Scanlon Media, recruiters are increasingly managing mandates across the Middle East. “The region is in the midst of an exciting new growth stage and the hunt for talent continues unabated,” said firm president Christopher W. Hunt.

Mr. Hunt said that the talent sector generally has been a big winner in the region since June last year, when the region’s biggest economy, Saudi Arabia, opened its stock market to foreign investors.

“These Middle East markets are transitioning from insular-driven economies,” said Mr. Hunt. “So now is the perfect time for search firms to be moving in and planting their flag. In an unrestricted, open market system, the sky’s the limit.” Of the major global search firms, Russell Reynolds Associates is one of the latest entrants to the region, opening an office in Dubai this past December.

Hunt Scanlon has been told by talent acquisition executives with direct knowledge in the region that along with bedrock industries like petroleum & gas, construction & infrastructure and transportation, banking is expected to be the major growth sector in the coming three to five years as foreign trade heats up. Credit Suisse Group AG, Deutsche Bank and BofA are all poised for big expansion moves in the region. Tourism, high technology, healthcare and insurance are all expected to see heady times ahead as well.