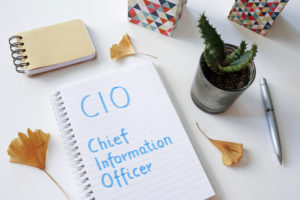 “American Woodmark is a well-established industry leader with a strong company culture and a commitment to invest in technology and drive continued innovation in the business,” said Rob Tillman, CEO, who handled the search. “Bill is an accomplished leader with deep experience in supply chain and manufacturing and proven expertise as a CIO in similar businesses. In addition, he has the strength of character and personal qualities to be a positive force in the company.”

Mr. Waszak served as chief information officer of the AZEK Company, where he led information technology and supply chain for this private equity-owned residential and commercial building products company. Earlier, he served as vice president of supply chain and business transformation of the Chamberlain Group from 2011 through 2017, and the CIO of the Scots MiracleGrow Co. for nearly six years. Mr. Waszak also served in a series of IT leadership roles with L Brands, Nalco and Moen, and spent nearly 10 years with Ernst & Young.

American Woodmark is one of the leading cabinet manufacturers in the world with over 15 brands, 30 locations, and 10,000 employees. The company manufactures and distributes kitchen, bath and home organization products for the remodeling and new home construction markets, and it sells its products on a national basis directly to home centers, builders and through a network of independent dealers and distributors.

TillmanPartners was launched in March to provide executive search, integrated coaching and one-on-one coaching specializing in CFOs and CIOs. “I’ve been blessed to serve hundreds of leaders over the last three decades, and my focus on recruiting and coaching CFOs and CIOs is totally unique in the market today,” said Mr. Tillman. “Launching TillmanPartners allows me to serve an exclusive group of clients with no off-limits conflicts, a vibrant network and the added capabilities to assist in onboarding and coaching key leaders.”

Mr. Tillman previously founded the executive search boutique TillmanCarlson. He served as CEO of the Chicago-based firm for 16 years, recruiting over 200 CFOs and CIOs and achieving impressive completion and stick rates of 95 percent and 98 percent, respectively. He began his career in search with Russell Reynolds Associates and then served as managing partner of Crist Partners, leading the firm through its successful sale to Korn Ferry. Mr. Tillman is also a certified executive coach, having completed his certification at the Hudson Institute of Coaching. He is also certified in the Hogan Assessments.

Chicago-headquartered PearlCare Search Group placed Melvin Masula as CIO of Callen-Lorde Community Health Center. Geoff Zodda, chief solutions officer, IT search, led the assignment for PearlCare. Mr. Masula has 28 years of professional service in the IT industry. Previously, he was director of IT at WellLife Network.

Harris Search Associates, based in Dublin, OH, is considered one of the top search boutiques in this thriving area. The firm recently placed Amy Belew as chief information officer for the University of Tennessee at Martin. Managing partner Jeffrey Harris led the assignment.

Save the Children has retained Boyden to lead its search for a chief information officer. The incoming leader will be responsible for delivering technological change over the next two to three years. U.K. managing partner Nick Robeson is leading the assignment.

New Zealand-based executive recruiting firm Ichor Leadership Search placed Alastair Turrell into the position of CIO at the Department of Corrections. Mr. Turrell was most recently director of the software division at Datacom, a strategic leadership role he held over a decade.