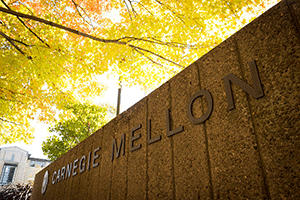 March 1, 2019 – The chief information officer is considered among the most strategic roles within any organization, and for colleges and universities the role is regarded as an especially critical asset.

According to executive search consultants who specialize in recruiting them, the best CIOs have the power to dramatically differentiate a company’s offering in the market, while a poorly performing one can be the single point of failure within an organization. Search firms have been providing a helping hand. Following a nationwide search, global search firm Odgers Berndtson recently placed Stan Waddell as the new associate vice president and chief information officer of Carnegie Mellon University in Pittsburgh, PA. Partners Jennifer Biehn, Monica Burton and Kathy Ulrich led the assignment.

“We are thrilled to have Stan Waddell join Carnegie Mellon as our chief information officer,” said Rodney McClendon, vice president for operations at Carnegie Mellon. “As a top research university, it is imperative that we have a strategic leader to help us advance technical infrastructure that supports our exceptional teaching, research and administration. Stan has the vision and leadership skills we were looking for in a new CIO.”

As the CIO, Mr. Waddell is expected to provide vision, leadership and management to Carnegie Mellon’s entire computing enterprise, including the development and implementation of a university-wide IT strategy. Mr. Waddell will serve on the division of operations senior leadership team, as well as the university leadership council.

“I am extremely excited to be joining the Carnegie Mellon community to serve as chief information officer,” Mr. Waddell said. “Carnegie Mellon has a tremendous, and well-deserved, reputation for innovation and advancing the body of knowledge across the arts and sciences. It will be an honor to join the campus in supporting the university’s mission.”

Universities Look to Search Firms to Fill CIO Positions
CIO hiring and recruiting information technology teams are both on the rise. Nearly a quarter (22 percent) of U.S. CIOs plan to expand their IT teams, according to a Robert Half Technology “IT Hiring Forecast Trend Report.” It represents a three point rise from the beginning of last year and an eight percentage point jump from one year ago.

Established in 1900, Carnegie Mellon consistently ranks among America’s top 25 universities according to the national U.S. News & World Report rankings. The school counts 13,961 students from 109 countries, more than 105,000 living alumni and over 5,000 faculty and staff.

Odgers Berndtson delivers executive search, leadership assessment and development strategies to organizations globally. The firm’s 250-plus partners cover more than 50 sectors and operate out of 59 offices in 29 countries. The U.S. wing of the firm launched in 2011, and under the stewardship of Steve Potter, CEO of Odgers Berndtson U.S., has become one of the fastest growing search firms in the Americas. Odgers Berndtson currently has U.S. offices in Atlanta, Austin, Boston, Chicago, Dallas, Denver, Houston, Los Angeles, Miami, Minneapolis, New York, Philadelphia, San Francisco and Washington, D.C.

Ms. Biehn is a partner in the higher education and sports practices in Odgers Berndtson’s Denver office. Her search work in education spans across the academy to include presidents, chancellors, professional school deans, business officers, advancement and athletics leadership. Her portfolio of experience includes C-suite and senior-level engagements for a variety of organizations across higher education, sports and not-for-profit. Prior to joining Odgers, she was co-leader of the higher education practice for DHR International.

Ms. Burton is a partner in the higher education practice in Odgers’ New York office. She has been involved in executive search 20 years. Prior to Odgers Berndtson, she was co-lead of the higher education practice at DHR. Throughout her career in executive search, she has recruited senior leaders across diverse industries. Her early experience included work with Fortune 500 companies and preeminent private equity firms, but she always dedicated a portion of her practice to serving mission-driven organizations including education, non-profit and healthcare.

Ms. Ullrich is a partner in Odgers Berndtson’s Silicon Valley office and a member of the technology practice and leads the diversity practice. She focuses on senior executive searches for major corporations and venture-capital-backed companies in software, systems and services, and has specific expertise in AI, autonomous vehicle technology, cloud, cyber security, data analytics, Internet, IoT and SaaS. Prior to Odgers, Ms. Ullrich spent two decades building her executive search practice at several firms including Heidrick & Struggles, Russell Reynolds Associates and her own Silicon Valley boutique search firm.