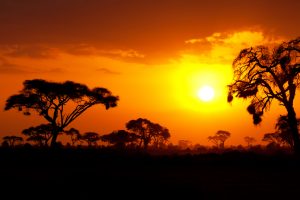 June 16, 2017 – The economy of Africa consists of trade, industry, finance, construction and agriculture. According to recruiters expanding in the region, business is booming, and a number of search firms therefore have continued their migration to the continent. With the region primed for growth, the international search firm Taplow Group has launched Taplow Africa.

This new team was brought together by Taplow Group as it selected AMSCO’s executive search team as a partner. AMSCO is a sub-Saharan development and market entry advisory group that delivers a range of human capital solutions focused on private sector growth. Taplow chairman and CEO, Mark Firth noted that Taplow had considered approximately 50 consulting firms before identifying the team headed by Wikus van Vuuren.

“Taplow consultants have been noting an increased interest in Africa as both a growth market and as a potential region for expanding existing businesses and operations,” said Mr. Firth. “As the Asian economies are maturing, Africa represents some of the highest potential for its own growth and development.”

The African economy continues to expand, with five key countries showing growth of more than six percent per annum. These include Cote D’Ivoire, Tanzania, Mozambique, Democratic Republic of the Congo and Ethiopia. In addition, economies are diversifying and highly skilled professionals and managers are needed.

“There is a growing trend for African diaspora to return which creates opportunities for recruitment and search companies,” said Mr. van Vuuren. “On average African managers earn lower packages compared to their Western counterparts but this gap is closing. There is an increasing management and leadership talent gap with many countries describing management as a scarce skill. Echoing the sentiment of our Taplow Africa colleagues, we had noted for some time the interest global companies have in attracting Western trained and experienced executives and senior professionals, who are part of the African diaspora, for key roles in driving growth for their current African enterprises as well as to drive future growth.”

The World Economic Forum documented growth in Africa over a 10-year period at 5.4 percent and The Economist further noted that six of the 10 fastest growing economies were sub-Saharan countries. In response, Hunt Scanlon Media has witnessed a handful of search firms expanding in the region in recent months:

Global hospitality consulting firm HVS has launched HVS Executive Search Africa, based in Cape Town. The new outpost will focus on corporate positions, general managers and department heads in the hotel industry across the continent. “One of the challenges of running hotels in Africa is finding good quality people,” said Tim Smith, managing partner at HVS in Cape Town.

Signium recently added Talent Africa, which became part of Signium’s EMEA regional offering and membership. “Talent Africa’s membership will add a significant footprint in sub-Saharan Africa for Signium,” said Ignacio Bao, chairman of recruitment firm. “A major criteria for Talent Africa’s attraction to Signium is that all offices are wholly owned by the local consultants.”

GRMSearch strengthened its global platform with new appointments in South Africa with the addition of recruitment and insurance professional Kumari Naicker to its global insurance recruitment & consultancy practice group. Ms. Naicker’s coverage will help to grow the firm’s global footprint across Europe, Africa, Asia and Australia. 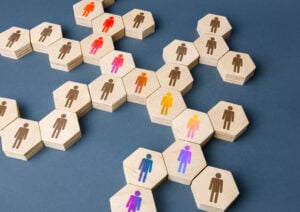