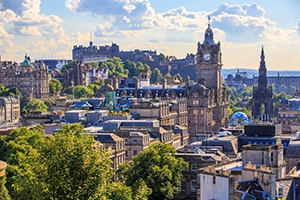 December 12, 2018 – Executive search consultants are seeing an increase in hiring mandates from around the world. To meet demand, they continue to develop new practices, hire new recruiters and open new locations. Global recruiting consortiums, meanwhile, are taking advantage of a resurgence in certain geographic areas.

One such group, Talentor International, has added Scottish search specialist Denholm Associates as its newest member firm. “When we were contacted by Talentor we realized we have a very similar approach,” said Denholm founding director and chief executive Nicki Denholm.

The tie-up with the Austrian-based consortium, which operates in 28 countries worldwide, “gives Denholm greater access to an international market as Scotland’s skills shortages, particularly in tech, continue to bite,” a release from Talentor said.

John Denholm, Denholm’s executive chairman, said his firm has already seen the benefits of the alliance, and that it is working with some of Talentor’s clients in Europe. “From a strategic point of view, we also believe this is a timely move as we look ahead to Brexit and shortage of people talent on the domestic front,” he said.

Michael Sarsteiner, CEO of Talentor, described the consortium as a close-knit network of passionate people around the globe. “While our business is executive search on an international level, it’s also crucial that we can leverage the local know-how of our partners,” he said. “We were attracted to Denholm’s reputation, performance, people and culture and we think the business is a great fit for our global network.”

Recruiter Rankings: Global 25
This year Hunt Scanlon Media reviewed an exhaustive list of global recruiting providers and culled it down to the top 25 global talent providers that now dominate the recruiting business worldwide.

Denholm Associates, which was launched in 2002, has a client base that includes Standard Life, VisitScotland, the R&A, Edrington Beam Suntory, Baxters and Skyscanner, among others. The firm focuses on senior management and director-level profiles. Denholm operates across all industry sectors but has a particularly strong relationship with a number of high-profile luxury spirits brands and fintech companies. Last year, the firm opened an office in Glasgow.

Scotland has a Western-style open mixed economy closely linked with the rest of the U.K. Traditionally, the Scottish economy has been dominated by heavy industry underpinned by shipbuilding in Glasgow, coal mining and the steel industry. Edinburgh is the financial services center of Scotland, with many large financial services firms centralized here, including Lloyds Banking Group (owners of HBOS); Royal Bank of Scotland and Standard Life.

“When people think about Great Britain, they often think London is the only game in town,” said Douglas Cross, director at Denholm Associates. “Scotland is rapidly becoming a major player, with an increase in foreign direct investment and a growing digital & life sciences sector. We have a high proportion of fast growth business in tech sectors such as games development, fintech, digital agencies as well as one of the biggest financial services sectors in Europe outside London,” he said.

Founded in 2003, Talentor’s client base spans a ranger of sectors including digital, IT, medtech, fintech, financial services and consumer goods. The organization’s business is executive search on an international level leveraging the local know-how of its partners.