Menu
View our Events
Stay Connected:
Having successors in mind for the CEO job is not unusual. But companies are largely unprepared when it comes to having an heir in place for key roles like CFO, CMO, CHRO and others, according to a recent Korn Ferry study. Let’s take a closer look. 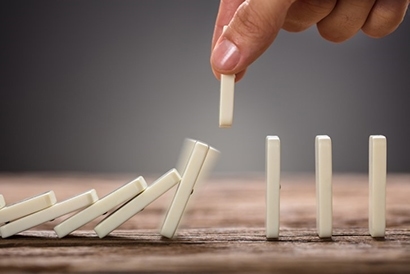 May 20, 2019 – Companies everywhere are concerned that when a CEO leaves there be candidates who can step in to lead the company. The plans for all those other seats around the executive table, however, are a little murky.

Many organizations simply don’t have internal candidates who can step in to be chief financial officers, chief marketing officers and other top senior leadership spots, according to a series of reports by Korn Ferry. “Some organizations aren’t building out their C-suites with either strategic intent or a specific purpose,” said John Petzold, senior client partner and head of Korn Ferry’s CXO optimization practice. “A top-performing function requires the right people in the right roles at the right time, working in concert to maximize their collective capabilities and potential.”

Only 38 percent of 222 CFOs Korn Ferry surveyed said they have a comprehensive succession plan, and 80 percent do not feel there is a ready-now successor for their role. “The number of CFOs who don’t feel they have a formal succession plan or a direct report ready to replace them now should raise concern,” said Bryan Proctor, a Korn Ferry senior client partner and lead of the firm’s global financial officers practice. “It’s critical for organizations to understand their talent balance sheet, have a pipeline of potential leaders, and develop a thoughtful succession strategy that provides transparency on potential and offers experiences necessary to fully prepare CFO successors.”

Additionally, the CFO survey respondents reported strategic thinking (26 percent) and leadership skills (22 percent) as the top two capability gaps they are looking to develop in their direct reports. “We know from previous Korn Ferry research that becoming a CFO requires successors to not only have a strong financial background, but also strong operational and strategic leadership skills,” said Mr. Proctor.

The same point holds true for the CHRO, CMO and CTO positions, with the CMO role being the least prepared for succession. In a survey of more than 200 marketing leaders, 84 percent said there is not an internal ready-now successor for their role, and only 41 percent said there is a comprehensive succession plan in place. One reason for the lack of planning could be attributed to the generally short tenures of CMOs.

Why Building Talent Starts with Good Succession Planning
Making the right talent investments are critical components of planning for a prosperous and profitable future. But many organizations struggle to determine how and where to focus their succession planning efforts, according to a new report by executive search firm Robinson Resource Group.

“Given the proliferation of specialists in the marketing function, and the fact that there is not often enough focus on developing those specialists into strategic generalists, is likely why strategic thinking is a gap and is one of the reasons there is a challenge finding successors in the ranks,” said Caren Fleit, managing director, Korn Ferry global marketing officers practice.

CHROs, the position most responsible for talent recruitment, retention and development throughout an organization, aren’t faring much better when it comes to preparing successors of their own. Korn Ferry’s 2019 CHRO Pulse Survey of 193 chief human resources officers found that CHROs are concerned about who will succeed them. Seventy-six percent of respondents said they do not feel there is an internal ready-now successor for their role, and only about half (52 percent) reported having a comprehensive succession plan. In addition, when asked about the capability gap that they are most focused on developing in their direct reports, 44 percent said strategic thinking.

The CEO’s Important Role in Succession Planning
At the most basic level, the CEO’s role is straightforward: driving management succession at senior levels, including the early identification of any inside CEO contenders, ensuring that the organization is developing succession-ready executives for all senior roles.

CTOs appear to be slightly more prepared for succession than their other C-suite colleagues. About 60 percent of the roughly 200 technology leaders surveyed believe they do have a comprehensive succession plan in place.

“The need for organizations to digitally transform isn’t going away anytime soon,” says Craig Stephenson, managing director of Korn Ferry’s North American technology officers practice. More organizations are making their top tech role a C-suite position. “Firms should focus on attracting, retaining and developing top digital and technology talent to ensure the function is a business enabler in this digital transformation,” he said.

“As soon as a new CEO takes the helm, he or she, along with the board, should begin the process of creating a plan to identify and develop not only the next company head, but a team for future success options for key senior leadership positions.”

“Often organizations are so busy trying to outpace the competition and provide value for customers and shareholders that they don’t take the time needed to plan for the future,” said Mr. Petzold, of Korn Ferry’s CXO optimization practice. “An exodus of a senior leader could be unplanned and swift, which could leave organizations vulnerable if a ready-now successor isn’t already identified and developed.”