Menu
View our Events
Stay Connected:
Use of temporary help climbs 2.7 percent in the first quarter, according to a new report by G. Palmer & Associates. Moving forward, growing numbers of companies plan to employ contractors, freelancers and temporary workers. 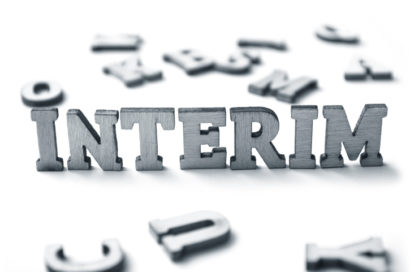 May 9, 2019 – Across the board, in every industry, today’s market is fueled by growing demand for top talent against a landscape of short supply. This has led to nearly three million people taking temporary jobs, a number that is expected to grow at a healthy pace over the next few years as companies strive to stay agile in the midst of changing market needs.

It’s no surprise that organizations continue to hire part-time talent: Interim workers can help businesses sidestep talent gaps and remain nimble. Demand for temporary workers in the U.S., in fact, is expected to increase 1.6 percent on a seasonally adjusted basis for the second quarter, when compared with the same period in 2018, according to the newly released Palmer Forecast, by human capital advisory firm G. Palmer & Associates. The report found a 2.7 percent increase in temporary help for the first quarter of the year.

U.S. temporary-help jobs surprisingly fell by 5,400 last month, according to seasonally adjusted numbers released by the U.S. Bureau of Labor Statistics. Temp jobs were up 1.5 percent compared to the same period a year ago. “Momentum in the temp help employment market continues to be moderately positive, but the decline is primarily due to relatively anemic GDP growth and as well as by domestic and worldwide uncertainty,” said Mr. Palmer.

Another indicator to pay attention to is what organizations plan to do to fill their talent gaps. According to the 2019 Global Business & Spending Outlook by American Express and institutional investor Thought Leadership Studio, 71 percent of hiring executives plan to expand their use of temporary and contract workers in coming months. In addition, 75 percent said use of contractors, freelancers and temporary employees will be central or important to their companies’ employment practices two years from now. That’s up from 43 percent who said the same in a 2018 survey.

Talent Shortage Leads to Growing Contingent Workforce
Seventy-six percent of companies use contingent labor to enhance their workforce and close talent gaps, according to the ‘Definitive Guide to Building a Better Workforce’ report released by Adecco. The report found that “best-in-class” companies are 44 percent more likely to increase the size of their temporary workforce in the next 12 to 24 months.

Related: Demand for Interim Executives on the Rise

These figures coincide with similar findings by The Execu | Search Group. Its “Hiring Outlook: Strategies for Adapting to a Candidate-Driven Market” report found that 26 percent of hiring managers surveyed planned to increase hiring of temporary employees last year.

In addition, an Adecco study, “Definitive Guide to Building a Better Workforce,” found that 67 percent of companies use contingent labor to enhance their workforce and close talent gaps. The study surveyed 536 C-suite executives across the U.S. regarding the types of talent they need, skills that are most difficult to find, how they are using contingent labor and progressive recruiting methods to enhance their workforces, employee retention techniques and more.

Multiple reports say that that by 2025 a majority of the workforce will be employed in an agile capacity, making it likely that more executive search firms will come to offer interim talent services. One recruiter, StevenDouglas, saw this coming more than a decade ago.

“Over the years, increasingly, our clients were asking for interim assistance,” said Mark Viner, president of interim resources at the search outfit. “Examples of traditional search clients needing interim services included maternity leave coverage, general bandwidth to assist with significant client workloads, backfilling open positions while searches were taking place and/or tackling the demands of Sarbanes Oxley reporting which began for public companies around 2003.” Listening to clients, he said, the firm tripped into the interim services field and began to assist clients on a one-off basis with no true sustained focus or leadership.

Demand Soars for Interim Executives to Help Side Step Talent Gaps
Strong demand for “solutions-savvy” interim executives and managers being hired within as little as 48 hours – and deployed to manage change and disruption – is the key trend in the interim sector. In the past 12 months, demand has spiked for interim leaders…

“Interim resources can backfill an open position while the search takes place, and that is driving our growth at the moment,” said Mr. Viner. “Also, other factors supporting the interim division include the current state of low unemployment and the need for qualified candidates in some of the high-demand areas of expertise we serve.”

“Nearly 40 percent respondents to a recent survey said they believed there would be steady growth in the deployment of interim executives, and indeed teams of interims, into organizations in the next 12 months and that’s significant,” said Jacinta Whelan, a partner at Watermark Interim, Watermark Search International’s interim business, which was established in 2009 in Sydney. “The finding supports the broader trend we are seeing in both the Australian and global economies where resourcing an interim is now considered a mainstream business strategy.”

“Supply and demand is at an interesting intersection – on the demand side we have companies running lean structures and therefore looking to borrow talent that they once might have engaged full time,” Ms. Whelan said. “Businesses can confidently work this lean structure knowing that a strong supply of candidates will be available as and when they are needed to supplement their model.”

“On the supply side we have a growing pool of people who now choose a portfolio career,” she said. “They no longer want or need to work full time in traditional roles but choose to combine exec-level projects with board roles and/or other revenue streams. This new gig economy is increasingly serving both sides of the demand and supply equation globally.”

Can interim placements also end up in a permanent, full-time role with an organization? “Our statistics on this are that eight to 10 percent of the time an interim candidate will end up in the full-time employment of the company,” said Ms. Whelan. “This is less than most people expect (or sometimes hope) but it is important to note that our business model is the supply of interims and not people who are between jobs and really hoping for a permanent job.”

“There are occasions where it all lines up and our interim and the company needs all align but for the most part our people over-hit the mark and are there for a specific point in time to deliver a specific outcome,” she said.

Check Out These Related Articles On Interim Executives: