Stay Connected:
A case that has been fought out in the courts for 10 years has finally reached its conclusion. Last week, NGS Global executive recruiter, David Nosal, reported to the federal prison at Atwater to begin serving a 366-day sentence. 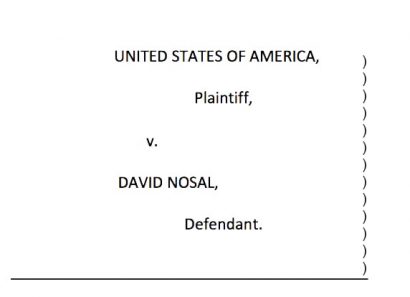 March 21, 2018 – David Nosal, the onetime star Korn Ferry recruiter who was convicted of violating a federal anti-hacking law, has exhausted his decade-long efforts to stay out of prison and reported to the federal penitentiary in Atwater, CA on March 14.

Mr. Nosal, who left Korn Ferry to found NGS Global, was charged back in 2008 with violating the Computer Fraud and Abuse Act and the Economic Espionage Act. He was accused of working with employees at his former firm to steal source lists, and in 2013 was convicted by a jury and sentenced to one year and a day in prison. He was also sentenced to three years of supervised release and community service along with fines of $60,000.

Mr. Nosal, who had been a top biller for Korn Ferry for years, never actually accessed the stolen files himself. A former colleague of Mr. Nosal’s, at his urging, is said to have passed along her computer password to two fellow employees who planned to go into business with Mr. Nosal. They, in turn, downloaded the documents, in 2004 and 2005.

“At the end of the day, stealing is stealing, whether you use a crowbar or a computer,” said assistant U.S. Attorney Kyle Waldinger at the time.

At Mr. Nosal’s sentencing, the defense argued that he should receive probation. “A very powerful, rich corporation did not suffer any meaningful loss,” said attorney Dennis Riordan. Mr. Nosal himself, while saying he was “so very sorry this happened” at his sentencing, has exhibited little repentance to this day.

Since his conviction, Mr. Nosal has been free pending appeal and operating a search firm that competes against his former employer, Korn Ferry, among many recruiting outfits. A number of charges against Mr. Nosal were thrown out, including an order that called for Mr. Nosal to pay Korn Ferry restitution. Still, the U.S. Court of Appeals for the Ninth Circuit upheld charges of violating trade secret and computer fraud and abuse laws. The recruiter’s legal team then turned to the U.S. Supreme Court, but in October the court let his conviction stand without comment.

At Mr. Nosal’s sentencing, prosecutor Matthew Parrella told U.S. District Judge Edward M. Chen that the sentence he gave Mr. Nosal would serve to send a message to others seeking to steal trade secrets and “will go through Silicon Valley like a bell.”

In January, Mr. Nosal’s attorney, Steven F. Gruel, asked the U.S. District Court in San Francisco to reduce or set aside his sentence, but that too was rejected. Mr. Gruel’s argument, considered by many to be a “Hail Mary” attempt, pointed out that Mr. Nosal’s case was supposed to have been a deterrent to such crimes. But, said Mr. Gruel, Korn Ferry had recently hired someone accused of the same crime as Mr. Nosal and sought no criminal charges in that case.

Mr. Nosal also argued that by going to prison, he would essentially be denied his right to further appeal, because he would have served his sentence before any such appeals could be settled. “Even if the Court assumes in Mr. Nosal’s favor, that ‘the appeal is not for the purpose of delay,’ he has failed to raise ‘a substantial question of law or fact,’” wrote Judge Chen in his denial last Tuesday.

The federal Atwater facility, 115 miles from San Jose, includes a high-security prison that houses nearly 1,200 inmates. The adjacent minimum security station camp, where Mr. Nosal is being held, has about 110 inmates. Now incarcerated, his Atwater penitentiary registration number is 12039-111.