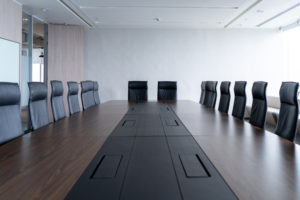 April 17, 2019 – Executive search firm Spencer Stuart has recruited Carlos A. Migoya and Michael A. Rucker to stand for election to the board of directors at MEDNAX Inc., a publicly traded health solutions partner specializing in neonatology, anesthesiology, radiology, maternal-fetal medicine, other pediatric services and management services.

“We are excited to announce the nominations of Carlos and Michael to stand for election by our shareholders to our board,” said Cesar L. Alvarez, chairman of the board. “As we work to execute on our strategy to drive long-term growth and deliver value to our shareholders, we are committed to maintaining a board that provides robust oversight and has the right skills to support and advise MEDNAX. Carlos and Michael will bring to our board extensive experience as healthcare and business leaders at a variety of enterprises, and their expertise will be critical as we implement our strategy over the coming years.”

Mr. Migoya led the transformation of Jackson Health System from a large budget deficit in the year before his tenure, to budget surpluses in each subsequent year. Prior to joining Jackson Health System, he served as city manager for the City of Miami from 2010 to 2011, a position he held in a pro bono capacity, while eliminating a $115 million budget deficit. Prior to that, Mr. Migoya worked for Wells Fargo & Company and its predecessors, including Wachovia Corp. and First Union Corp., for more than 25 years.

Since 2017, Mr. Rucker has served as CEO, and since 2016 as a member of the board of directors, of Ivy Rehab Network, one of the largest networks of physical therapy clinics in the U.S. Prior to that, he served as EVP and COO of Surgical Care Affiliates. Mr. Rucker has also held executive roles in various healthcare companies, including Gambro Healthcare, where Mr. Rucker had served in various general management and business development capacities from 1997 to 2005. After DaVita Inc.’s acquisition of Gambro, he served as division vice president of DaVita from 2005 to 2008.

Spencer Stuart’s board practice has deep knowledge of governance issues, and its international network of consultants has conducted more than 1,800 director searches over the past 36 months. More than 30 percent of its director placements last year were women. Clients include public, private equity-backed, major private and family-owned businesses, as well as start-ups and non-profit organizations. Julie Hembrock Daum serves as head of Spencer Stuart’s North American board practice.

Although boards of directors are considered the backbones of organizations, director recruiting has grown markedly more challenging, say recruiters who conduct searches in that area. According to Egon Zehnder, heightened expectations now placed on boards have elevated both the professional standards and personal commitment required of all directors.

Polachi Inc. has placed Sam King and Angela Tucci as new members of the board of directors at Progress Software in Bedford, MA. Ms. King is senior vice president, general manager and chief strategy officer of Veracode, the application security business of CA Technologies.

The Katris Group, an executive recruitment firm, has placed Catherine M. Kilbane as a member of the board of directors at Nasdaq-traded Interface Inc., a global commercial flooring company and worldwide leader in sustainability. Ms. Kilbane served as SVP, general counsel and secretary of the Sherwin Williams.

Greenwich Harbor Partners placed Eric Johnson as a member of the board of directors at the New York Pops. He is the eighth director to be placed on the Pops board by the Greenwich, CT-based search firm. The assignment was led by managing directors Carrie Pryor and Ted Pryor.

Boyden has placed Joe Guith, Matthew Wadiak and Etienne Patout as members of the board of directors at Goodwill Industries International. “After an exhaustive search, Boyden is enthusiastic about the talent that Joe, Matthew and Etienne bring to the Goodwill team,” said Alicen Blair-Sibly, a managing partner of Boyden in Atlanta.