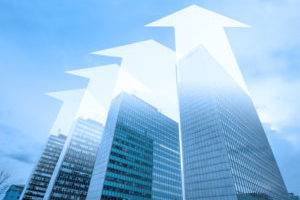 “Helena brings more than 20 years of human resources, diversity and inclusion, and oil and gas industry experience to the team,” said Constantine Alexandrakis, leader of Russell Reynolds’ Americas region. “As regional head of human resources at one of the world’s oil and gas supermajors, her experience advising business leaders and partnering with global teams will bring valuable benefits to our team and pragmatic solutions to our clients.”

Prior to Russell Reynolds Associates, Ms. Fyda worked for nearly 20 years at BP, where she was most recently vice president of human resources for BP America. In this role, she was responsible for overseeing more than 14,000 employees and represented the HR function on the BP America Board and the Diversity & Inclusion Council. During her tenure, Ms. Fyda worked in both the HR and finance functions, leading change management across several verticals. She also has global experience, having lived and worked in the U.K., Russia, India and the U.S.

Russell Reynolds Associates is a global leadership advisory and search firm. Its 425+ consultants in 46 offices work with public, private and non-profit organizations across all industries and regions.

“Eren’s experience in creating and executing global talent strategies at some of the world’s largest financial institutions to realize business outcomes is critical for organizations to adeptly respond and compete within the fast pace of transformation in business today,” said CEO Clarke Murphy.