Menu
View our Events
Stay Connected:
Recruiting firms are putting in place ever more restrictive employment contracts. For an industry that earns its keep by freely moving talent from one rival company to the next, why go to such extraordinary lengths to punish your own? 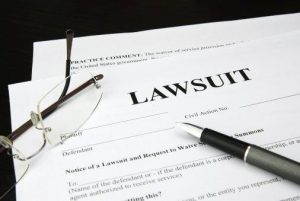 April 3, 2017 – On Friday, Crain’s reported that Spencer Stuart filed a lawsuit against its former global automotive practice leader, Francois Truc, who left the firm in December, and the rival search firm he joined last month, Korn Ferry. According to the suit, Mr. Truc and Korn Ferry “are attempting to dismantle Spencer Stuart’s global automotive practice and move that business lock, stock and barrel to Korn Ferry.”

Among the ‘Big Five‘ search firms that dominate the headhunting industry, Spencer Stuart is well known for its expertise in boardroom searches and placing executives in the financial and automotive industries. It has conducted more than 500 searches for automotive senior executives or board members in the past three years and “has access to more than 55,000” auto executives worldwide, according to its lawsuit. A contract with one client, Nissan, “has generated millions of dollars in revenue,” reported Crain’s, citing the lawsuit.

The search industry is competitive, “requiring a combination of pricing, market contacts, effective search strategies and interpersonal skills for success,” said the lawsuit, filed in Cook County Circuit Court. One search can yield “hundreds of thousands” in revenue, it said. Spencer Stuart has asked the court to stop Mr. Truc and Korn Ferry from using proprietary information it alleges the departing executive improperly copied, and to enforce Mr. Truc’s non-compete agreement.

When the Shoe Is On the Other Foot

For Korn Ferry, it seems like the shoe is now on the other foot. David Nosal, who was the company’s highest revenue producer at the time he departed and headed up its CEO recruiting practice, was accused of conspiring with former colleagues at the company to help him start a rival search business by having them download large numbers of source lists prior to their own departures from the firm. Sound familiar? The court unanimously threw out an order requiring Mr. Nosal, who is now CEO of San Francisco-based search boutique NGS Global, to pay restitution to Korn Ferry. But a deeply divided panel affirmed Mr. Nosal’s convictions for trade secret and CFAA (computer-related) offenses. “At the end of the day, stealing is stealing, whether you use a crowbar or a computer,” said assistant U.S. Attorney Kyle Waldinger at the time . . . . . Here’s some further reading from Hunt Scanlon Media.

Although non-compete agreements are common for high level search consultants, as well as high level executives in general, it is rare to see them enforced in the recruiting business and with good reason: Search firms don’t want to limit their own ability to recruit top talent directly from rivals. But certain poaching can take place that even dyed in the wool opponents of the practice admit can go too far and way beyond the professional pale. In such cases, search firms have been known to lawyer up.

The lawsuit in question accuses Mr. Truc, who started at Spencer Stuart in 2008 and earned total compensation of $4 million for fiscal years 2015 / 2016, of persuading a junior recruiter to decamp for Korn Ferry. This recruiter mailed information to his personal email address and copied files to a USB drive in the days before his resignation, the lawsuit alleges. The data included reports on two searches for vice president positions at Nissan, one of its star automotive clients.

Mr. Truc resigned in December after also sending proprietary information to his personal email, the lawsuit alleges. He told Spencer Stuart CEO Kevin Connelly that he would join Nissan as head of executive recruiting and strategic projects. But “after his resignation, Mr. Truc bragged to other participants in the industry that his period of employment at (Nissan) was a subterfuge to run out Spencer Stuart’s non-competition election period,” alleges the claim by Spencer Stuart. Nissan is not a defendant in the lawsuit.

Korn Ferry announced on March 1 that it had hired Mr. Truc, a Wharton School graduate and Booz Allen Hamilton alum. According to the lawsuit, Spencer Stuart notified Mr. Truc on March 28 that it would enforce the rest of his “non-competition restriction” and offered to keep paying his base salary “for the duration of the restricted period” plus no less than $200,000 in addition. Mr. Truc rejected that demand.

Check Out These Related Articles On Lawsuits: 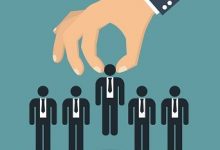