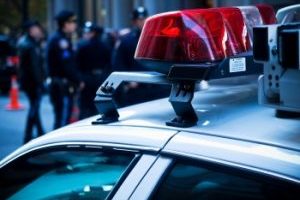 The role called for a range of skill-sets, including planning, organizing, directing and administering the policing initiatives of the campus community and extended patrol area, while developing and implementing crime prevention strategies. The school was seeking candidates with at least a bachelor’s degree and 10 years of experience in law enforcement or public safety.

“One of the many valuable areas of expertise Kenton brings to the University of Chicago is his involvement with creating innovative, community-based policing strategies,” said Eric M. Heath, associate vice president for the university’s department of safety & security. “Throughout his law enforcement career, Kenton has worked in diverse communities, where he built strong and positive relationships with community members and successfully implemented new policing programs, resulting in effective policing efforts.”

As chief, Mr. Rainey will oversee the approximately 100 members of the full-service, professionally accredited police department and serve as the department’s representative on campus and in the neighboring communities. He will also direct the University of Chicago Police Department’s policing initiatives, develop innovative crime prevention strategies and implement effective community policing programs.

“The University of Chicago is a world-class organization, and it is an honor and privilege for me to have been selected for this position,” said Mr. Rainey. “I’m excited to work with the members of the university’s police department, the university’s students, faculty and staff, and area community members so that together we can achieve our public safety mission.”

The public sector is in the midst of major transformation, facing a wide spectrum of challenges ranging from changing public expectations to budgetary pressures and the growing demand for operational efficiency. To successfully navigate these areas, say recruiters who specialize in the field, government organizations need leaders who are focused, tenacious and adaptable, with the capacity to deal with significant scale, complexity and ambiguity. Here’s some further reading from Hunt Scanlon Media:

Since 2009, UCPD has undergone significant change, including the addition of new staff positions, an expansion of its patrol area and earning Commission on Accreditation for Law Enforcement Agencies accreditation. The new chief will be expected to maintain the high standards of the department and continue to move the organization forward through innovation and best practices.

During a career of more than 20 years in higher education, Mr. Hall has served as president of Campus Entertainment, a subsidiary of the National Association for Campus Activities (NACA); assistant executive director at NACA; vice president for finance and administration at Columbia College; and director of the university centers at both Wake Forest University and the University of Central Florida. He also served two terms as vice-chair of the NACA board of directors and was president of the southern region of the National Association of College Auxiliary Services.