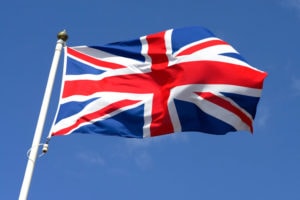 November 18, 2019 – Singapore-headquartered recruitment agency Space Executive has recently appointed senior recruiter Tom Hughes as leader of its new London office. He will head the audit, risk, compliance and legal recruitment operations for the firm in the U.K. and Europe.

“The opening of our U.K. office is a landmark moment for Space Executive and the next step in our overseas expansion,” said Marek Danyluk, managing partner at Space Executive. “We wish Tom all the best in his new role and are excited to see our U.K. and Europe operations build on the accelerated growth and strong foundations set in the APAC region.”

“We have lately extended our operations to London and Tom Hughes is the first hire for the London office,” said Mr. Danyluk. In line with the firm’s international growth plans, two of the founding partners from Singapore will be moving to London in the first quarter to 2020 to support the accelerated growth of the firm in the European market.

Mr. Hughes joined Space Executive to drive the company’s growth in both the U.K. and European markets, in alignment with the firm’s extensive global reach and vast established client-base across the Asia-Pacific region. As a senior recruiter, he is backed by over seven years of dedicated executive search experience covering financial services and also governance positions, including risk management, internal audit, financial crime, compliance and legal.

Previously, Mr. Hughes was head of audit and compliance, Europe, for executive search firm Barclay Simpson. Before that, he was a managing consultant with Oliver James Associates. A renowned professional with an eclectic background, Mr. Hughes started his career as an officer (trained at Sandhurst) for the British Army. He later studied law at the University of Lincoln.

The opening of a new office in London follows Space Executive opening an office in Hong Kong. The firm brought on veteran recruiter Nick Lambe as managing director to lead that location. Space Executive has been focusing on growing its presence across investment banking, capital markets, private equity and funds in Hong Kong. The firm said that it will be “replicating a similar business model to the one that catapulted Singapore to become one of the fastest growing multi-discipline recruiters in the market, with over 25 staff producing in excess of SGD $8 million in revenue in just four years.”