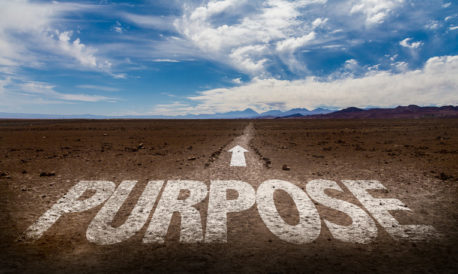 November 15, 2019 – Purpose doesn’t just add to an employee’s well-being; it adds to a company’s bottom line. That’s the key finding of a survey of top executives just completed by Korn Ferry. The vast majority of respondents (96 percent) said there is a long-term financial benefit to companies that make a strong commitment to purpose-driven leadership, with 77 percent agreeing “to a great extent.”

One of the reasons purpose-driven leadership may add to corporate financial gain, according to the survey, is the impact it has on employees. Eighty-nine percent of respondents said they believe understanding and embracing the mission/purpose of their organization increases employee productivity.

“Without embracing the purpose of an organization – the motivating force of why it is so important that we exist – employees will become disenchanted,” said Kevin Cashman, Korn Ferry global leader, CEO and executive development. “Many will leave, or worse yet, stay and not be engaged nor offer discretionary effort for their organization.”

Nearly two-thirds of respondents (59 percent) said their personal principal driver at work is the belief that their work has purpose and meaning. Only 11 percent said that pay/financial rewards is their primary driver.

Nearly three-quarters (71 percent) of respondents agreed that people at their organization work primarily for reasons other than compensation.

What Workers Want May Surprise You
Contrary to what is generally thought, the traditional way of working – meaning, at the office during open hours – is still preferred among respondents of the Randstad Workmonitor report. Globally, 68 percent shared this sentiment, with India (85 percent) at the highest end and the Netherlands (47 percent) at the lowest end. Workers in the U.S. (68 percent) were basically in line with the report’s global findings.

Eighty-two percent of the global respondents said they like agile working as it allows them to maintain a good work-life balance and 81 percent said it improves their productivity, creativity and job satisfaction. On the other hand, 44 percent indicate that it causes a lot of pressure on their personal life, as they never seem to be “disconnected” from work.

“It’s important that day in and day out, organizational leaders live their purpose and mission,” said Mr. Cashman. “It must permeate all areas, from employee and customer interactions, to a go-to-market strategy and corporate social responsibility efforts. Being purpose-driven is not just a ‘feel good’ for companies – purpose motivates and elevates their competitive stance and financial performance.”

There were 391 responses to the Korn Ferry online executive survey, which took place just last month. (Due to rounding responses may not equal 100 percent.)

Does understanding and embracing the mission/purpose of your organization increase employee productivity?

Is there a long-term financial benefit to companies that make strong commitments to purpose-driven leadership?

To a great extent: 77 percent
To some extent 19 percent
To little extent:  0 percent
There is no correlation:  4 percent

What is the main reason you would choose to work for one organization over another?

What is your personal principal driver at work?

The belief that my work has purpose and meaning:  59 percent
The ability to be a leader:  25 percent
Pay/financial rewards:  11 percent
Recognition/social status:  5 percent

To what extent would you agree with the statement “People work at my company primarily for reasons other than pay”?

Check Out These Related Articles On What Workers Want:

Work-Life Balance Matters, But Does It Matter Most? What Candidates Want. Shifting Priorities for Job Seekers Yahoo! HR Leader Examines the ‘Gravitational Pull’ of Employee Engagement