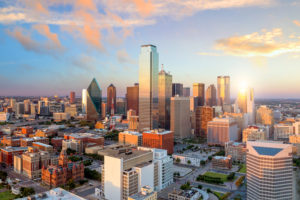 October 4, 2019 – Philadelphia-based Diversified Search has opened a new office in the Dallas-Fort Worth area with the addition of Victor Arias as a managing director. He will be working in the board of directors practice and assuming the role of co-practice leader of the firm’s consumer and retail practice.

“Victor Arias is everything you could ask for in a search executive: intelligent, congenial, tactical, and with deep connections in the world of boards and leadership,” said Dale E. Jones, CEO of Diversified Search. “We are excited that his passion for diversity and inclusion, especially around the advancement of Hispanic leaders into the C-suite, mirrors the core values of our firm.”

“Diversified Search embodies what trusted advisors mean for clients,” said Mr. Arias. “The firm’s culture of collaboration, respect and inclusivity are values that fuse together my own personal and professional objectives. It’s an incredibly unique firm.”

Mr. Arias joins Diversified Search from RSR Partners, where he had been a managing director in that firm’s board of directors practice. Prior to that, he was with Korn Ferry, where he served as senior client partner in the firm’s board of directors practice and global leader of its diversity and inclusion initiative. Previously, Mr. Arias spent time with Heidrick & Struggles and Spencer Stuart. In addition, he served on the board of Popeye’s Louisiana Kitchen for 15 years, until 2016. He is also a past president and co-founder of the National Society of Hispanic MBAs (now Prospanica), a former member of the Notre Dame Institute of Latino Studies board, former member of the Pepsi Advisory Board, and a founding board member of the Latino Corporate Directors Association, a membership group of Hispanic corporate directors.

Mr. Arias serves as a trustee emeritus for the Stanford University board of trustees, as the current chairman of the Stanford Latino Entrepreneurship Initiative, and is a prior member of the Stanford GSB Advisory Council. In addition, he serves on the development board of the University of Texas El Paso, and is a former White House Fellows commissioner. He is currently a trustee for the Catholic Foundation of Dallas, and was recently elected to the board of the U.S. Hispanic Chamber of Commerce.

The Dallas-Fort Worth area has one of the largest concentrations of corporate headquarters for publicly traded companies in the U.S. Fortune 500 companies based in the area include: Comerica Bank, AT&T, Energy Transfer Equity, American Airlines, HollyFrontier, Southwest Airlines, Tenet Healthcare, Texas Instruments, Dean Foods, Trinity Industries and Energy Future Holdings. Dallas is the third most popular destination for business travel in the country.

Diversified Search is the largest U.S. female owned and founded firm in the executive recruitment industry. It has additional offices in Atlanta, Chicago, Cleveland, Los Angeles, Miami, New York, San Francisco and Washington, D.C. Diversified is the U.S. partner of AltoPartners, an international alliance of 58 independent executive search firms that spans 35 countries across the Americas, Europe, the Middle East, Africa and Asia Pacific.

With the combination of revenues and resources, Diversified Search and Koya now represent one of the largest non-profit and higher education practices in the executive search industry. The merger will helped create one of the largest executive search firms in the U.S. marketplace, with combined projected annual revenue in excess of $80 million. According to Hunt Scanlon Media, Diversified checked in as the 11th largest search firm in the Americas, posting revenues of $60.1 million, a 16.2 percent increase from the year before. Meanwhile, Koya ranked 28th with revenues of $14.2 million, up 35 percent.

Judith M. von Seldeneck, founder and chair of Diversified, said that the firm will continue to embark on a plan to add additional firms into the Diversified Search family of companies. “We are currently talking to several other boutique firms across the nation,” she said. “Some of those talks are pretty far along, others just beginning. It is highly likely that within the next several years we will be a firm that is twice or triple the size of what we are now. That means more talent, more resources, more depth to the bench and an even more competitive firm. The strategy is simple: smart growth with key players to bolster existing practices within the firm that are already hale and growing organically.”

Check Out These Related Articles On Search Firms Expanding To Dallas: