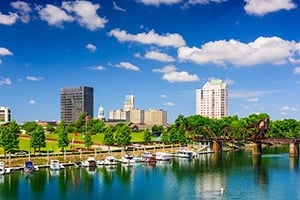 June 18, 2018 – After suffering a massive hit during the Great Recession, employment and hiring within the travel, hotel and hospitality industry continues to rebound. Last year, according to one set of survey metrics, the industry added 527,000 jobs (2.6 million since 2004). That number is likely to increase this year as global tourism and traveling in general are expected to rise.

Overall, the travel and hospitality market is estimated to generate an economic impact of $6.5 trillion worldwide this year. In the U.S. alone, the $1.5 trillion industry accounts for nearly eight million jobs – more than five percent of the total jobs nationwide. This has created a massive uptick of hiring within the travel sector.

Mr. Brown’s “proven track record in recruiting visitors for both convention and leisure travel to stimulate economic impact through visitor spending was unmatched,” said Phil Wahl, chairman of the ACVB board. “We’re confident that Bennish will pursue and achieve the vision and objectives of the organization while continuing to cultivate the growth and innovation we’re already seeing throughout Augusta’s river region.”

Mr. Brown, who joins the organization on July 9, is president and CEO of Travel Tacoma + Pierce County. He previously spent 12 years as executive director of the Rock Hill/York County Convention and Visitors Bureau in South Carolina. Mr. Brown serves as on the board of directors at Destinations International, the Washington Tourism Alliance and is immediate past chair of the Washington State Destination Marketing Organizations Association.

In his new role, Mr. Brown will serve as the chief staff executive of the ACVB under the general supervision of the board of directors. He is charged with directing and controlling all administrative and operational activities and programs for the organization, said SearchWide.

“I hope to continue to foster partnerships with community stakeholders, including the city, chamber of commerce and economic development authority, as well as hoteliers, attractions, restaurants and cultural organizations, to not only develop Augusta as a world-class destination, but champion an improved quality of life for its residents,” said Mr. Brown.

Ms. Henderson, of the Woodbury, MN-based search firm, works in all sectors of the hospitality, travel and tourism industry. She is the leader of SearchWide’s industrywide diversity initiative, in addition to her involvement in several industry organizations.

Recently, SearchWide unveiled a new recruiting service specifically for customers looking to fill management roles quickly. The new service, SearchWide Connect, will bring speed of placement to the market, without sacrificing the quality of candidates, said the search firm. “This division of SearchWide is led by a team of young and smart industry professionals who exhibit the ability to quickly find tomorrow’s industry leaders,” said Mike Gamble, president and CEO of the firm. “With unemployment at an all-time low and the war on talent at an all-time high, speed to market is critically important to many of our clients, especially in the hotel and resort sector.”