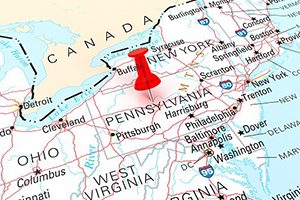 Most recently, Mr. Vasser was regional vice president for BR Guest Hospitality in Atlantic City, NJ. Previously, he was chief executive officer of the Caribbean Hotel & Tourism Association in Miami. Before that, he was president and CEO of the Atlantic City Convention & Visitors Authority.

“We are thrilled to have found Jeffrey to lead the continued growth in tourism within our county,” said Bob Ricketts, president of the Pennsylvania convention group’s board of directors. “He is a true reflection of a hospitality expert.”

“As we prepare for the next chapter of the Central Pennsylvania Convention and Visitors Bureau, we have an opportunity to move forward as an organization in exciting new ways, building on the leadership and programs currently in place,” said Mr. Ricketts.

Edward Tubbs, vice president of the board, said he expects that Mr. Vasser will enjoy great success in his new role. “We look forward to Jeffrey hitting the ground running as he is excited to meet everyone in our county,” he said.

The Central Pennsylvania Convention & Visitors Bureau is a non-profit, membership-based organization committed to attracting conventions and visitors to central Pennsylvania through “coordinated group action” rather than independent efforts. The bureau’s mission is to develop, promote and engage in travel-related activities and coordinate visitor services that boost economic activity and the quality of life within the county.

Ms. Johnson leverages a wide network of search consultants and industry contacts to deliver senior-level talent to leading enterprises and organizations. She is skilled in cross-industry executive search, talent management, career development, board development and strategic planning. Prior to founding Pyramind, Ms. Johnson recruited for TeleSearch, a subsidiary of Fidelity Investments, and the Interface Group.

Overall, the travel and hospitality market is estimated to generate an economic impact of $6.5 trillion worldwide this year. In the U.S. alone the $1.5 trillion industry accounts for nearly eight million jobs – more than five percent of the total jobs nationwide.

Many in the industry are hoping to gain from having Donald Trump in the White House. “My hope is that Trump will be good for the economy and a voice for the hotel industry on Capitol Hill,” said Keith Kefgen, managing director and CEO of AETHOS, a human capital advisory firm focused on the hospitality sector. “Travel is a key indicator of economic health, and I believe Mr. Trump’s low tax, small government approach is good for business.”