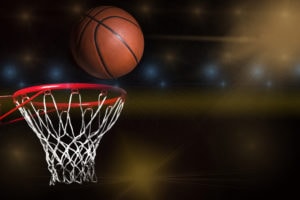 April 8, 2019 – Executive search firms College Sports Solutions (CSS) and Buffkin / Baker are working together to find the next commissioner for the college athletic Southern Conference. Atlanta-based College Sports, which will manage the search, was chosen for its expertise in finding athletics leaders, while Buffkin/ Baker, based in Brentwood, TN, offered prowess in tapping top academic talent. The search is being led by Jeff Schemmel, founder and president of Collegiate Sports Solutions.

“After careful vetting of search firms, the Southern Conference Commissioner search committee chose CSS to manage the search process,” said Brian Noland, chair of the president’s council and president of East Tennessee State University. “The committee was very impressed with not only the successful searches that CSS has completed but also the vast experience of Jeff Schemmel as an athletic director and major conference official. When you add the expertise of Buffkin/Baker on the academic side, the search committee felt CSS was the right fit for this search.”

The firms announced their strategic alliance to serve universities and colleges, intercollegiate conferences and collegiate athletic organizations earlier this year.

Mr. Iamarino set a high bar for his successor. During his term, the conference launched its own digital network, created a hall of fame, successfully returned the basketball championships to Asheville, NC, increased the number of league sports from 19 to 22, and initiated the SoCon Academic Exchange, the first academically oriented collaboration in Southern Conference history.

“The Southern Conference is one of the premier FCS conferences in the country,” said Mr. Schemmel. “Men’s basketball had a breakout year in 2018-19, ending as the 12th ranked RPI conference in the country. The conference is nationally recognized for the academic quality of its member institutions and their commitment to the academic success of the student athlete.  We are honored and excited to assist the Southern Conference’s efforts in identifying its next leader who can build on this success and chart the course for even greater achievement in the future.”

CSS successfully completed the recent search for commissioner of the Big Sky Conference along with numerous head coaching positions.

Buffkin / Baker has completed more than 550 searches for universities and colleges across the country. The firm is currently conducting the search for the chancellor of Western Carolina University along with numerous other academic positions. Buffkin/ Baker recently conducted searches for a number of institutions in the Power Five conferences, as well as leading liberal arts colleges, AAU institutions and regional universities. Besides Tennessee, the firm has offices in New York, Washington, D.C. and Winston-Salem, NC, with affiliate offices in London. Buffkin/ Baker is a member of Panorama Search, an international federation of retained firms with 18 firms and over 30 offices globally.