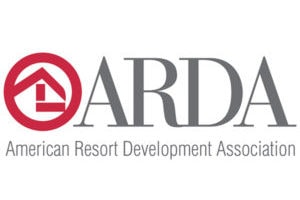 April 8, 2019 – After suffering a massive hit during the Great Recession, employment and hiring within the travel, hotel and hospitality industry continues to rebound. Last year, according to one set of survey metrics, the industry added more than 527,000 jobs (2.6 million since 2004). That number is likely to increase this year as global tourism and traveling in general are expected to rise.

Overall, the travel and hospitality market is estimated to generate an economic impact of $6.5 trillion worldwide this year. In the U.S. alone, the $1.5 trillion industry accounts for nearly eight million jobs – more than five percent of the total jobs nationwide. This has created a massive uptick of hiring within the hospitality and travel sector.

Just recently, Spencer Stuart placed Jason Gamel as the new president and CEO of the American Resort Development Association (ARDA). He replaces Howard Nusbaum, who announced he will retire in 2019 after nearly 20 years with the organization.  He will work alongside Mr. Gamel during the transition.

“I am incredibly excited that Jason has been selected as ARDA’s new leader,” said Mr. Nusbaum. “His rich history in timeshare law, experience running ARDA’s state government affairs, coupled with his last five years with Wyndham in a senior leadership role, makes him uniquely qualified to take on the opportunities and challenges of leading the association. I’ve personally worked with Jason and know he is a strong leader.”

Mark Wang, president of Hilton Grand Vacations and current ARDA chairman, said the search was of critical importance for the association. “The organization is in great shape both with its finances and its highly-engaged and competent professional staff,” he said. “We are excited that Spencer Stuart guided us in this important, once-in-a-generation leadership selection process.”

Don Harrill, search committee chair, past ARDA chairman and current ARDA International Foundation chair, was grateful for the high quality work of everyone involved. “I want to thank the search committee of resort professionals who worked thoughtfully and collaboratively over the last several months with Spencer Stuart to identify the best candidates,” he said.

Mr. Gamel brings more than 20 years of experience in the hospitality and timeshare industries to his new role. He currently serves as the senior vice president of legal at Wyndham Destinations. Before that, Mr. Gamel was vice president of government affairs at ARDA where he oversaw the direction and management of local, state and regional legislative and lobbying activities in the U.S. and throughout the Caribbean. Prior to ARDA, he was an associate at BakerHostetler, one of the nation’s largest law firms, in its hospitality practice.

The American Resort Development Association, based in Washington D.C., represents the vacation ownership and resort development industries (timeshare). With over 600 corporate members and 5,000-plus engaged associates, its members hail from privately held firms to publicly traded corporations with extensive experience in shared ownership interests in leisure real estate.