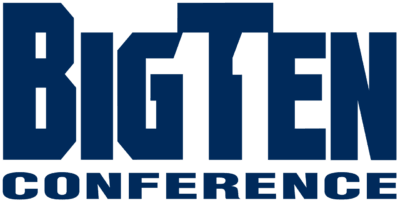 March 15, 2019 – Korn Ferry will conduct the search for a new commissioner for the collegiate sports Big Ten Conference. Earlier this week it was announced that Jim Delany, who has held the commissioner role for 30 years, will step down when his contract expires at the end of June 2020. The search will be led by Jed Hughes, Korn Ferry’s vice chairman and global sports sector leader.

“Jim has had an extraordinary impact on the Big Ten Conference, its member institutions, administrators, students and coaches since 1989,” said Morton Schapiro, chair of the Big Ten Council of Presidents and Chancellors (COP/C) and Northwestern University president. “He has been a forward-thinking, collaborative and decisive leader in every aspect of conference proceedings. We thank him for his dedicated service to date and look forward to working with him through the conclusion of his contract.”

“We’re certainly looking for someone who can bring those same qualities, and who can build on the foundation that Jim established over the past three decades,” said Mr. Schapiro.

The search will be under the direction of COP/C and led by Mr. Schapiro. “I was asked by my peers to chair the search, and I’m honored to help guide this process,” Mr. Schapiro told the Northwestern student newspaper, the Daily Northwestern.

Mr. Delaney said he was grateful for his long run as commissioner. “It’s been an amazing opportunity to serve and lead these preeminent institutions, presidents, administrators, coaches and students,” he said. “It is incredibly fulfilling to support the hundreds of thousands of young men and women who have been afforded an opportunity to obtain best-in-class educations as a result of the invaluable, one-of-a-kind lessons learned through the unique combination of athletic and classroom competition.”

“I would like to recognize and thank each of my colleagues for being such invaluable members of, and contributors to, the Big Ten Conference team, while acknowledging that there is still plenty of work to be done,” he said. “I look forward to continuing that work through the balance of my term.”

Among his accomplishments, Mr. Delaney helped give birth to the Big Ten Network. He also added new teams to the conference. And, he stewarded creation of the Big Ten Football Championship Game.

Although it is early in the process, the Daily Northwestern raised the possibility that Jim Phillips, Northwestern’s athletic director, would be considered for the position. Mr. Phillips serves on several NCAA committees, including the NCAA Division I Council, the NCAA Awards, Benefits, Expenses and Financial Aid Cabinet, and the men’s basketball tournament selection committee, the newspaper said.

Mr. Schapiro, however, declined to comment about Mr. Delaney’s successor. “Korn Ferry will lead a confidential process,” he said.

Korn Ferry’s sports practice is led by Mr. Hughes, an expert in identifying, assessing, and developing leaders for sports organizations. His relationships within sports and intercollegiate athletics are extensive, having spent 20 years coaching in professional and intercollegiate football and working for five Hall of Fame coaches. Jason Belzer of Forbes has called Mr. Hughes the most valuable connector of the sports industry.