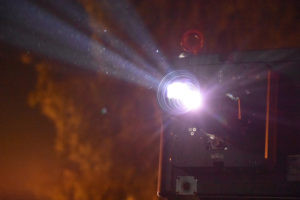 The appointment comes less than two months before the deadline date for the U.K.’s departure from the European Union. A “hard” Brexit, should it come to that, would no doubt pose many challenges for the film distributor’s group. “This is an enormously important appointment for FDA,” said FDA president Lord Puttnam. “As Andy knows better than most, film is an influential, dynamic part of the U.K.’s growing creative economy, yet it comes at a time when the business is facing unprecedented challenges as consumption patterns ever more rapidly evolve.”

Mr. Leyshon has also recently been serving as a distribution consultant for Gower Street Analytics, working with clients across the film industry. Before STX, he spent 10 years as sales director of Universal Pictures U.K. and Eire. He also served as sales director of Momentum Pictures.

“I’m very excited to be joining FDA at what is a busy time on so many strategic and policy fronts,” said Mr. Leyshon. “Distribution is the beating heart of the U.K. film industry and FDA is a vital, potent voice in shaping the sector’s successful future path. We have a wonderfully diverse membership and it will be an honor to work with and represent them over the coming years.”

Mr. Batey said he was pleased with the choice of Mr. Leyshon as his successor. “He is one of the U.K.’s most experienced and passionate film distribution professionals and will prove a terrific asset,” he said.

One of Mr. Leyshon’s early missions will be to oversee sales and distribution of an upcoming action-comedy directed by Nash Edgerton and co-financed by STX and Amazon Studios, said the Hollywood Reporter. The film stars David Oyelowo, Joel Edgerton, Amanda Seyfried, Charlize Theron, Thandie Newton, Yul Vazquez and Sharlto Copley. STX launched international sales for the still untitled movie at the Cannes Film Festival in 2016.

Films released by FDA’s membership generate about 98 percent of U.K. cinema visits, according to the organization. With just one percent of the world’s population, the U.K. accounts for five percent of global cinema box-office receipts.

Stephen Bampfylde is co-founder and chairman. For 27 years he has been involved in the recruitment of executives to senior positions across all sectors.

Earlier this year, Saxton Bampfylde placed Sarah Frankcom as the new director of the London Academy of Music & Dramatic Art (LAMDA). She will officially take up the role in November. In the newly created role of director, Ms. Frankcom will shape and lead LAMDA’s creative vision and oversee the training of the next generation of dramatic artists, directors and technicians. She will work directly with students to ensure they benefit first hand from her wealth of industry experience, said LAMDA.