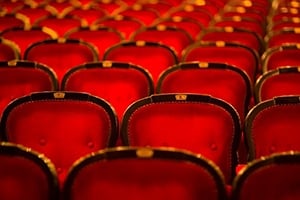 February 16, 2018 – DHR International has placed David Binder as the artistic director of the Brooklyn Academy of Music (BAM). He succeeds long-time executive producer Joseph V. Melillo, who will step down at the end of the year. James Abruzzo, managing partner of DHR’s global non-profit recruiting practice, led the search.

“The Brooklyn Academy of Music is the major presenter of the greatest contemporary artists from around the world – therefore, we needed someone who understood the global landscape,” said Mr. Abruzzo. “Also, BAM has a commitment to its local community, so someone who understands the complexities of the changing cultural landscape of Brooklyn was important.”

Mr. Abruzzo sourced candidates, and his DHR team interviewed candidates, on five continents, from Australia to Asia, Europe, South and North America, and even one from the Middle East. “The winning candidate needed the experience to manage the span and scope of BAM’s multiple stages including the large opera house, being sensitive to the art and the complicated financial formulas of subsidy,” he noted.

Katy Clark, president of BAM, said the academy knew from the start that the search for a successor to Mr. Melillo would be wide ranging. “What was remarkable was that a full international search, conducted over the course of two years, should have led us to our own back yard,” she said. “Wherever we went, and with whomever we spoke, we heard about David Binder – his unwavering commitment to adventurous artists and ideas, his impressive achievements in both non-profit festivals and Broadway theater, his genre-crossing artistic and intellectual curiosity.”

“David exemplifies the values that we strive to realize every day at BAM, and he has the ambition and collaborative spirit to lead our institution forward,” she said. “I can’t wait to see what we will all do together.”

Mr. Binder is a Tony Award-winning producer and is currently the guest artistic director of LIFT, the London International Festival of Theatre, which will take place in June and feature artists from around the world including Back to Back, Anu, Taylor Mac and Duke Riley’s Fly by Night. In New York, he has produced the High Line Festival, curated by David Bowie. Mr. Binder also produced the Dutch New Island Festival on New York’s Governors Island, 10 days of site-specific performance, music, theater, and dance from the Netherlands. On Broadway, he produced Hedwig and the Angry Inch, which won four Tony Awards. He is the original producer of Hedwig, having mounted the original production in 1997. In addition, Mr. Binder produced the record-breaking production of John Steinbeck’s Of Mice and Men, starring James Franco and Chris O’Dowd, which was the first Broadway show to be filmed by NT Live.

In addition, Mr. Binder has been a teaching fellow at Princeton University and was on the faculty at the Yale School of Drama for six years. He has spoken about festivals, audience development and creativity at gatherings across Europe and the U.S. Mr. Binder’s TED talk, “The Arts Festival Revolution,” has been viewed online by more than a half million people and was chosen by the Guardian as one of the best talks about theater on the web.

“The winning candidate has a brilliant career as both a Tony Award winning producer-whose credits include the revival of A Raisin in the Sun (with Audra MacDonald and Sean Combs), a new production of Burn This – and he has produced contemporary arts festivals in NYC,” said Mr. Abruzzo. “David has a penchant toward inclusiveness, wide interests from music to visual arts, theater and dance and is a very solid, warm individual.”

Adam Max, chairman of BAM, said Mr. Binder is well suited for the role. “David brings us a wide range of experiences in the performing arts that make him particularly suited to lead BAM’s programming,” he said. “He is culturally omnivorous, believes in the power of performance, and understands how to build diverse and adventurous audiences.”

“Our search process turned up some remarkable individuals, but David stood out because of the scale and range of his accomplishments,” he said. “He will help us keep the artist at the center of BAM’s programming in new and innovative ways.”

James Abruzzo has more than 30 years of experience serving as an executive search consultant to non-profit organizations. His clients include mid-sized to large social service organizations, universities, arts/cultural, international relief, foundations and trade associations. He is also a trained management consultant and is well-known for his executive compensation work for non-profit executives. Mr. Abruzzo has been with DHR International since 2001.

Mr. Melillo praised the choice as well. “David is not only a wonderful, longtime colleague, but a true artistic adventurer, aligned with BAM’s values,” he said. “It will be exciting to see David’s vision flourish at this great institution and I’m thrilled to welcome him.”

As artistic director, a new title which signals BAM’s intention to unite its curatorial streams, Mr. Binder will lead the academy’s programming, including live performances, cinema programs, education and humanities initiatives, visual art events, digital projects and artistic partnerships. In recognition of the breadth of BAM’s artistic portfolio, he will work closely with senior programmers Coco Killingsworth (VP of education and community engagement) and Gina Duncan (AVP of cinema) and will guide the institution’s curators in additional areas. Mr. Binder’s artistic purview will extend to new BAM spaces currently under construction – the BAM Karen and BAM Strong – providing the institution with a broader curatorial landscape.