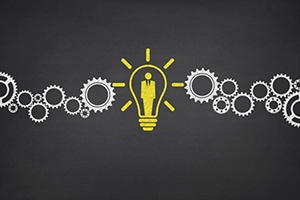 Ms. Scully, who take on the title of associate director of technology recruitment, brings the organization over five years of technical recruitment experience. Previously, she was with technology-focused recruiting firm Talener, where she specialized in placing candidates in JavaScript and mobile technologies roles. With a strong background in developing teams, she will be overseeing a group of recruiters that focus on both full-time and contract positions, both critical roles, said the firm.

In her previous role, Ms. Scully was recognized for her ability to lead after being at the firm for just a short time. After seven months, she was promoted to senior relationship manager, then became group manager of New York front end and mobile recruiting efforts. In 2015, she became group manager of front end and mobile for the Los Angeles market. Early last year, she returned to New York City, where she was promoted to director. By the end of the year, she became regional director, going from overseeing two teams to five.

“What makes Alicia so unique is her ability to attract talent at all levels while delivering an optimal candidate experience and overall customer satisfaction,” said Tim Tobin, managing director of Russell Tobin. “Her experience will help us continue to achieve our deliverables and make us a strategic partner for our clients and their technology talent needs, complementing our non-technology services.”

“We’re incredibly excited to welcome Alicia to the team,” said Mr. Tobin. “We look forward to her contributions to our organization, our stakeholders and all the communities that we serve.”

Pride Global is a minority-owned integrated human capital solutions and advisory firm headquartered in New York with operating companies throughout the U.S., the U.K., Canada, India and Brazil. The Pride Global network of companies focuses on a diverse array of human resources solutions.

The booming technology sector, vibrant even when the economy was softer, shows little sign of retreat, according to a host of recruiters who service companies across the field. It continues, in fact, to produce capabilities and services that few imagined just a decade ago. In response, a number of search firms have expanded their technology practices. Here is a look at a few from the Hunt Scanlon Media archives:

Odgers Berndtson has expanded the size of its technology practice with the additions of Kevin Anderson and Doug Gladstone as partners and Lauren Claypool as a principal. Mr. Anderson specializes in private equity- and board-driven search mandates, particularly CEOs, CFOs, C-suite executives and directors. Mr. Gladstone will be based in the firm’s San Francisco office.

Check Out These Related Articles On Firms Expanding Technology Practices: