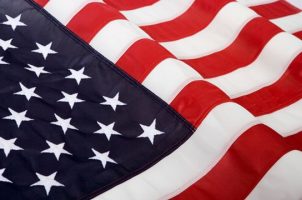 June 16, 2016 – Houston Mayor Sylvester Turner has selected Russell Reynolds Associates to find the city’s next chief of police. Chief Charles McClelland announced he is retiring after 39 years with the Houston Police Department. Stephen Newton, area manager for the Dallas and Houston offices of Russell Reynolds, is leading the search, which reports say is being done pro bono.

Mr. Newton told the Houston Observer that his firm would not discuss any aspect of its arrangement and services to the mayor, including providing the names of potential applicants.

According to reports, the successful candidate may well have to embrace historic reforms in Houston Police Department operations if a number of key recommendations by Mayor Turner’s transition team on criminal justice are followed. No timetable for selecting a new chief has been set.

The incumbent chief of police will be appointed by the Mayor and confirmed by the Houston City Council. The top post is aided by four executive assistant chiefs, 10 assistant chiefs, 44 captains, approximately 220 lieutenants and 900 sergeants. It is one of the largest police departments in the U.S.

The mission of the Houston Police Department is to enhance the quality of life in the City of Houston by working cooperatively with the public and within the framework of the U.S. Constitution to enforce the laws, preserve the peace, reduce fear and provide for a safe environment.

Houston is not the only city looking to a search firm to fill top positions. The Carol City Council in Iowa has retained search firm Moulder and Associates in its efforts to find a new city manager. Current city manager Gerald Clausen is set to retire at the end of July. The City of Carroll previously worked with Moulder in its search to identify a chief of police, and many of its named council members.