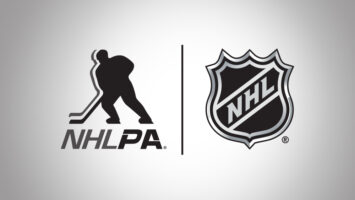 Russell Reynolds has offices in 26 countries around the world, and has led many searches for sports, business, financial, and other executives worldwide. The NHLPA’s executive board previously approved the retention of Christina Guerola Sarchio, partner of the law firm Dechert LLP, to provide advice and counsel during the search process. The NHLPA is also being advised by longtime counsel, Virginia A. Seitz, partner of the law firm Sidley Austin LLP. The search process is expected to take several months and the NHLPA continues to be led by long-time executive director Don Fehr.

Russell Reynolds Associates is a global leadership advisory and search firm. Its 520-plus consultants in 47 offices work with public, private, and non-profit organizations across all industries and regions. The firm also conducts in-depth organizational culture assessment and measures the cultural fit of key leadership and candidates in the following areas: arts and culture, global development, higher education, non-profit health and human services, public sector, social justice and advocacy, as well as trade and professional associations.

Russell Reynolds provides executive search services across all areas of the global media, entertainment, technology, and athletics markets. The firm’s consultants bring the experience and ability to assess competencies and cultural fit of board members, CEOs, senior functional leadership, and players, with expertise in professional sports teams and leagues (CEOs, general managers, coaches, and players); digital, media, and entertainment; and technology-based start-ups.

Russell Reynolds Associates was recently retained by the NFL Players Association to lead its search for a new executive director. DeMaurice Smith is entering his last term as the organization’s leader. “DeMaurice Smith was transparent with us about his interest in moving on after this term and for the stability and security of our union; he will work with our player leadership to ensure we have a succession plan in place for the next leader,” NFLPA president and former Browns offensive lineman J.C. Tretter said in a statement. “De cares deeply about our union and about our players and we thank him for staying to help us secure a strong future for the NFLPA.”

The NFL Players Association’s mission is to maximize the rights, health, well-being, and ultimate success of NFL players on and off the field. The organization works to ensure players receive fair wages, working conditions, and benefits throughout their careers and beyond.