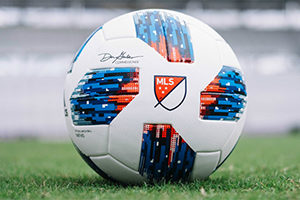 October 26, 2018 – Executive search firm Nolan Partners has been retained by the Indy Eleven, a professional soccer team, to find its next CEO. Jeffrey G. Belskus announced he will step down from the role toward the end of the year. He will continue in the job until a successor is chosen.

Indy Eleven is based in Indianapolis. Founded in 2013, the team made its debut in the North American Soccer League in 2014, before moving to the United Soccer League this year.

“Indy Eleven has experienced several years of solid growth,” said Mr. Belskus. “Professional soccer has a bright future in Indiana, and I’m very pleased to have contributed to its growth. I’m also thankful to my entire team at Indy Eleven for their hard work and dedication. I look forward to working with Ersal Ozdemir (owner) and everyone at Indy Eleven on a smooth transition.”

It is unknown whether Indy Eleven will go the same route and pluck talent from overseas, but it has certainly become a trend for sports teams in the U.S. to look for leaders in foreign markets.

“It’s an exciting trend, and we feel fortunate to contribute to this evolution of sports executive talent,” said Mr. Biagini. “Sports is a global industry. The talent on the field/ice/pitch/court has been competing for decades. Teams search the ends of the Earth for their top athletes and coaches, and we’re now seeing an equal commitment to excellence when it comes to hiring business executives.”

“Teams and associations should embrace the opportunity to hire the best talent they can and not limit their searches to a smaller geography,” he said. “Similarly, sports executives should consider exporting their skill-set. Not only is it a great professional opportunity, it’s an incredible personal adventure.”

“In the case of soccer teams, soccer is relatively young here in North America,” Mr. Biagini said. “We have a fabulous and rapidly growing league led by some of the best talent in all of global sports. But the sport of soccer is still new when compared to the hundreds of years of history in European countries and the U.K. Soccer executives from Europe can bring a different level of knowledge of the sport.”