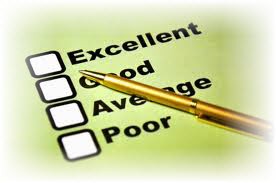 October 30, 2015 – Russell Reynolds Associates has added Emily K. Rafferty as senior director in the firm’s non-profit and board effectiveness practices. The firm said the appointment was in response to board performance becoming a critical area of focus for non-profit organizations.

In addition, Ms. Rafferty serves as chairwoman of NYC & Company, the City’s official tourism and marketing agency. She is also a member of the board of directors of the National September 11 Memorial & Museum. She was named to the board of the Federal Reserve Bank of New York in 2011 and became chairman in 2012. She has recently been named special adviser to UNESCO for Heritage Protection and Conservation.

Russell Reynolds Associates has a history of working with museums and over the past year has filled senior posts for such organizations. In 2014, the firm placed Dr. William M. Griswold as the 10th director of the Cleveland Museum of Art. Russell Reynolds Associates also recruited Cameron Kitchin as director of the Cincinnati Art Museum after a nearly seven-month search. Over the years, the firm has done work with other similar organizations, including Penn Museum, the Barnes Foundation, and the Baltimore Museum of Art.

Check Out These Related Articles on Russell Reynolds: