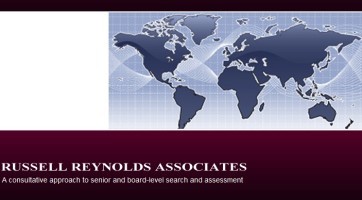 Past CEO Susan Windham-Bannister resigned from her post this spring. Mike Kennealy, assistant secretary for business growth for the Commonwealth of Massachusetts in the Executive Office of Housing & Economic Development, has been serving as interim CEO.

Mr. McCready has served vice president for programs at the Boston Foundation since 2013 and served as executive director of the Kendall Square Association from 2010 to 2013. He also spent several years at the Massachusetts Convention Center Authority, serving as both CFO and COO. In addition, he has also worked as director of community affairs at Harvard University and as a private attorney.

“Travis is uniquely qualified to lead the Life Sciences Center forward – he is a highly accomplished individual who has run innovation economy and economic development efforts in both Kendall and Dudley Square,” said Jay Ash, economic development secretary and co-chairman of the center’s board. “He has compelling experience in the public, private, institutional and non-profit sectors. Just as importantly, he knows the key players value of our life sciences industry, and he values the industry’s role in feeding the Commonwealth’s larger innovation ecosystem, and in growing our state’s economy. I look forward to working with him.”

Mr. Ash noted that a total of 42 individuals expressed interest in the position and eight reached as far as an upper-level interview, though none were put before the board for approval.

The life sciences sector, which is generally comprised of the pharmaceutical, biotechnology, and medical technology segments, has been evolving as it faces heightened rules and regulations, increased enforcement and strong competition. Executive recruiters who man the space say companies therefore seek leaders who bring vision more than anything else.

The Massachusetts Life Sciences Center (MLSC) is an investment agency that supports life sciences innovation, research, development and commercialization. The MLSC is charged with implementing a 10-year, $1-billion, state-funded investment initiative. These investments create jobs and support advances that improve health and well-being.

As Life Sciences Expands – Bench International Sits at the Epicenter