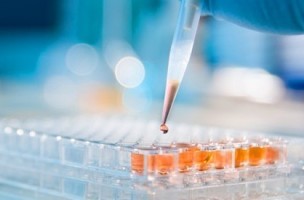 Mr. Yim has 20-plus years experience as a corporate executive in the medical device industry. Previously, he was a managing partner at executive search firm Life Science Talent Group International. Prior to that, he was president and group chief executive officer at Asia Executive Talents Group. Earlier in his search career he was an executive director, healthcare sector, with Russell Reynolds Associates.

“We have created this practice group initially for China, where the sector is playing a leading role in the transformation of our national economy,” said Simon Wan, Cornerstone chairman and CEO. “We will roll it out at a later stage to serve all of our 70 offices worldwide.”

The life sciences and healthcare industry is under pressure in China. As GDP slows, the emphasis is switching from a manufacturing export model to a domestic one. One result is that the medical and health sectors are becoming the country’s most active.”

A recent Cornerstone’s report, ‘Managing Asia Series: Growth Forecasting Turns to Domestic Demand,’ supports this view: China is in the midst of an economic transformation from a manufacturing base to a more open and service oriented economy; future growth will be dependent more on domestic demands than driven by exports.

“We expect to see tougher regulations, increased government involvement and an overhaul of our complex medical insurance system,” said Mr. Yim. “Our new specialty group will be able to steer our clients through this upheaval.”

Companies in Taiwan are facing a shortage of professional talent with life science experience and expertise to direct critical change management and lead growth strategies, say Cornerstone recruiters involved in the region.

“Taiwan has one of Asia’s most highly-praised healthcare systems,” Mr. Yim said. “But, as with many economies today, the government is facing new pressures from a rapidly ageing population and rising healthcare costs.”

Compounding the problem: cities in China generally are anticipating tremendous employment growth across a wide range of industries, according to data compiled by Hunt Scanlon Media.

The Hong Kong market has again held on to its ranking as the most economically free market in the world, according to the Fraser Institute. A recent study by the Milken Institute found that the Sichuan provincial capital of Chengdu has the best economy of any city in mainland China; Shanghai and Tianjin came second and third. In Shanghai, China’s financial hub and a global finance center, employers expect to grow staffing levels in a number of industry sectors and all nine regions, according to a recent Manpower employment index report.

Check Out These Related Articles on Cornerstone International: