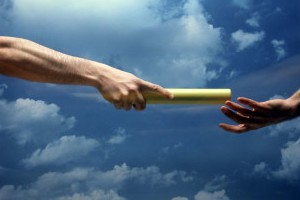 July 15, 2015 – Consumer goods giant Unilever PLC has retained Russell Reynolds Associates to identify a new chairman to replace Michael Treschow, who has been in the role since May 2007. The company hopes to name his successor by the end of the year. It is one of the biggest search assignments in British business this year. One of the oldest multinational companies in the world, Unilever is a dual listed company, consisting of Unilever N V, based in Rotterdam, and Unilever plc, based in London. The two companies operate as a single business with a common board of directors.

In a statement to Sky News about its hunt for Mr. Treschow’s successor, a Unilever spokeswoman said: “Non-executive directors normally serve for a maximum of nine years. Succession planning for the next chairman is in place and ongoing. The nominating and corporate governance committee spends considerable time looking at the non-executives directors and chairman succession.”

Russell Reynolds Associates’ consumer products search group works with companies, from family-owned businesses to public multinationals, advising them on finding visionary leaders to meet evolving marketplace dynamics — from digital transformation, heightened competition and consolidation to global expansion. The firm has placed a number of retail and consumer products-based chief executives, including Harold Karp as president and CEO of Tecumseh Products Company; Jim Wiggett as president and CEO of global speciality retailer bebe Stores, Inc.; Diane Ellis, as CEO of The Limited; Mark Breitbard as CEO of Gymboree; and LuAnn Via as CEO at Christopher & Banks.

Anglo-Dutch Unilever is one of the world’s biggest consumer goods manufacturers, owning over 400 brands including Dove soap, Lipton tea, Hellmann’s mayonnaise and Klondike ice cream. The company’s products are sold in 190 countries. With 44 global offices and more than 350 executive search professionals, Russell Reynolds Associates offers assessment, recruitment and succession planning services for CEOs, boards of directors and key roles within the C-suite.