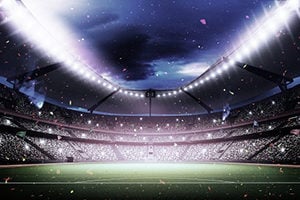 August 14, 2018 – Greenwich, Conn-based RSR Partners has promoted Dany B. Berghoff to managing director. Mr. Berghoff, who took over as head of the firm’s global sport and entertainment leadership practice from Joe Bailey in May, will focus on working with clients across the sports, media and entertainment industries. He is also a member of the firm’s hospitality and leisure practice.

“Dany has expanded our global sport and entertainment leadership practice beyond traditional areas of focus, and is now working with a growing key client base in eSports and gaming,” said Barrett Stephens, CEO. “He has done a terrific job staying on top of trends in this dynamic and developing industry, and his promotion demonstrates the firm’s commitment to providing clients with a unique mix of skills to match and manage their multifaceted talent needs.”

Prior to joining RSR Partners, Mr. Berghoff served as vice president of sponsorships and partnerships at the Paley Center for Media. He led a team focused on generating commercial revenues emanating from traditional sponsorship rights in addition to monetizing an original content library. Previously, Mr. Berghoff served as vice president of business development for 21 Marketing, a sports sponsorship sales and consulting agency, where he was deeply involved in all levels of the global sponsorship process on both the buy and sell sides. He has also worked on deals totaling over $330 million in sponsorship, intellectual property rights and media inventory for some of the most prestigious names in sport, including the International Olympic Committee, the United States Olympic Committee, the Miami Dolphins, Johnson & Johnson, Liberty Mutual Insurance and NBC Sports.

In recent months, RSR Partners has continued to strengthen its services as well as make key placements for its clients.

At the beginning of the summer the search firm expanded its asset management practice with the addition of industry veteran Michael D. Fitzgerald. In his role as a managing director, Mr. Fitzgerald is charged with launching the firm’s presence in Boston, a strategically important expansion of RSR Partners’ geographical reach. Previously, Mr. Fitzgerald was a managing director and distribution practice leader at a search firm specializing in financial services.

Earlier, this year, the firm announced an alliance with OnPoint Consulting, an organizational and leadership development consulting firm, to deliver leadership assessment capabilities to their clients.

The partnership creates an integrated but independent platform, separating search and assessment to ensure clients are provided with objective and unbiased advice, said the search firm. In addition, OnPoint Consulting’s open architecture approach to leadership assessment offers a customized success profile tailored to the unique leadership needs of each organization. The result is a comprehensive, data-driven picture of those who could become an organization’s future leaders. The assessment offering will help candidate selection, facilitate onboarding and support talent development and succession planning, said the firms.

Also this spring, the firm placed Christopher Liedel, a former head of a Smithsonian Institution division, as CEO of the new United States Olympic Museum and Hall of Fame in Colorado Springs, CO.

“Chris Liedel is the perfect combination of experienced leader, entrepreneur and strategic thinker that we need to lead the U.S. Olympic Museum and Hall of Fame forward,” said Dave Ogrean, chairman of the museum board. “He will take us through the construction of the museum and into the opening and operations. We thrilled that Chris has agreed to lead the team and we welcome him to the Colorado Springs community.”

The $75 million U.S. Olympic Museum is set to open in 2019, blocks from the U.S. Olympic Committee headquarters and a short drive from the Olympic Training Center. Museum officials expect the 60,000-square-foot showcase to eventually draw up to 350,000 a year, with more than half the visitors coming from outside the state, according to the Denver Post. This will be the first full-fledged Olympic museum in the U.S.