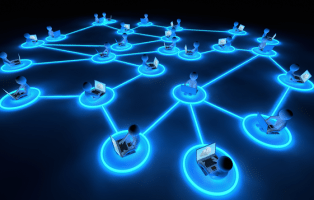 June 9, 2015 – ReferralMob, a new startup that helps tech companies fill job openings through crowdsourcing and monetary incentives, has launched this week. Founded by David Samuels, a former executive of Boston-based energy intelligence software firm EnerNOC, the mobile and Web app company has $500,000 in cash rewards in it’s coffers for users who help recruit employees at Massachusetts companies. To date, ReferralMob has been used in a beta test with Boston-based alcohol delivery mobile app Drizly and EnerNOC, among others. On average, those companies have awarded about $6,000 to users who help the companies fill job openings.

Working out of a single office in the Back Bay section of Boston, the company employs nine people and is backed by $1 million from undisclosed investors and it’s founders. ReferralMob is said to be considering expansion to other cities this year.

“We are Uberizing the recruiting industry,” said Mr. Samuels, the company’s CEO. “We are expanding the number of paid referrers for a job beyond companies and agencies to tens of thousands of interconnected influencers. Because we are democratizing the referrals of these candidates, our customers can also expect more diversity among qualified applicants.”

Mr. Samuels was previously executive vice president at EnerNOC, where he worked for nearly seven years. During his tenure, he helped grow the company’s revenue from $9 million to $380 million.

“ReferralMob is designed to capitalize on the positive impact that referrals can have and make them easier to facilitate by leveraging the power of crowdsourcing,” said Hunt Scanlon Media founding chairman and CEO Scott A. Scanlon. The company also makes sure that people get paid for referring successful hires. After someone refers a colleague, friend or acquaintance to a job, he or she can split up the check once they are hired.

Crowdsourcing — enlisting the services of a number of people via the Internet by outsourcing tasks to a broad, loosely defined external group of people — has become somewhat of a global phenomenon. The term was first coined nine years ago by Wired magazine author Jeff Howe, who suggested that crowdsourcing encouraged the best qualified and most creative participants to join in on a project. Wikipedia, the collaboratively written and edited online encyclopedia, is widely considered to be one of the best known examples.

“Crowdsourcing is the next evolution of social media platforming in the talent space,” said Mr. Scanlon. “It has the potential of revolutionizing the hiring process at every single level, from entry level jobs to senior level corporate positions, because we all know somebody, and that’s the beauty and the power of crowdsourcing. Everyone joins in.”