Menu
View our Events
Stay Connected:
Dollars and cents as well as technology are driving universities to break with tradition and reconsider how they find new leaders. Emily Parker Myers of Myers McRae Executive Search and Consulting, recently spoke with Hunt Scanlon Media about the changes that higher education institutions are experiencing. Let’s take a closer look at how this sector taps talent. 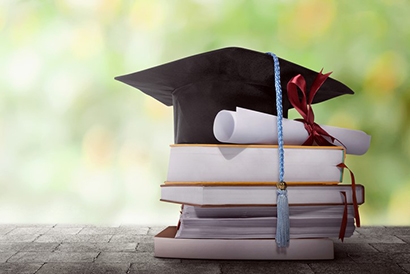 July 27, 2018 – Executive search for higher education and academia is undergoing a tremendous transformation. Technology is having a big impact. Diversity is also making its impact felt. Even certain roles are not the same as they were just a short time ago. Talk about a sector in transition!

“Executive search in higher education is experiencing huge changes, just like it is in other sectors,” said Emily Parker Myers, CEO of Myers McRae Executive Search and Consulting. “Searching for leaders at colleges and universities traditionally has had many policies and historical processes to follow. It is hard for institutions to break with that tradition. What is forcing institutions to re-think those processes is often related to their bottom line coupled with today’s technology.”

Previously, every step of the search process was hands on. Recruiters brought candidates to a hotel or to an airport to meet with the institution’s search committee for their initial interviews and then brought them to the campus if they were selected for another interview. The process was expensive and time-consuming for both the committee and candidates, who had to take time away from their work.

“An online candidate review portal, conference calls and videoconferencing have enabled search committees to complete their review and evaluation of candidates in an effective and efficient manner while reducing costs and meeting time,” said Ms. Parker Myers. “While a few searches still follow the traditional path, the vast majority of colleges and universities have come to appreciate and strongly embrace the new way to conduct a search.”

Ms. Parker Myers has extensive ﬁrsthand knowledge and experience in higher education administration and executive searches as well as an exceptional record in finding fundraising and admissions leaders. While she conducts a wide range of searches for Macon, GA-based Myers McRae, her areas of specialty are for presidential, provost, vice president for academic affairs, and advancement leaders.

Prior to her work in executive search, Ms. Parker Myers served most of her career as senior vice president of university advancement and external affairs at Mercer University in Macon. She was the first woman in the history of Mercer to hold a vice presidency at the school. During her leadership in university advancement, Mercer received more than $1 billion in private gifts, grants and state allocations. She has been nationally recognized for her fundraising and leadership accomplishments.

Ms. Parker Myers also had a successful record in admissions, overseeing several of Mercer’s admissions programs, including undergraduate enrollment. In recognition of her enduring influence on the university, the school’s board of trustees voted to name its new admissions and welcome center in her honor. The Emily Parker Myers Admissions and Welcome Center was dedicated in 2012.

“The tenure of a college president is often determined within their first three years,” said Ms. Parker Myers. “If they have a successful tenure during that time, they probably will make six years. If they continue to be successful through six years, there is a high percentage they stay to 10. When presidents are in their 50s, they might consider another position. Where age begins to play a factor is when presidents get into their 60s. If they are closer to 60, they probably will stay where they are if things are going well.”

“Those are some very general statements because so many personal and professional factors influence someone’s decision to stay or leave a presidency,” she said. “Family, health, a new direction of the institution, changes in funding resources are just a few that bring change to the presidency of a college or university.”

And though the majority of presidents in higher education continue to be men, the number of women, as well as other minorities, being selected to lead colleges and universities is inching upward. Many schools actively seek diversity in their application pools for their leaders. “Where the fastest change in diversity leadership can be seen is at the provost and vice president for academic affairs level,” said Ms. Parker Myers. “Having experience as the chief academic officer is often vital to becoming a president or chancellor. As diversity increases at that top academic level, the applicant pool for president or chancellor becomes more diverse. Like in the business sector, diversity at the executive level in higher education is changing.”

The majority of candidates for president traditionally still come from higher education. It is often difficult for a search committee to feel comfortable with a candidate who lacks strong academic experience. “Exceptions come primarily when a committee recognizes that a president has many non-academic responsibilities that must be addressed to keep the institution successful,” said Ms. Parker Myers. “These institutions want to consider candidates with a different background, such as business or law.”

America has a long tradition of having presidents in higher education with law degrees. Still, for the majority, the successful candidate comes from inside a law school instead of a law practice or corporation. “Seeking candidates outside the traditional procession of dean or provost is more about whether the skill-set and experience that a candidate possesses best fits the duties and role of the president when determining the final selection,” said Ms. Parker Myers. “Search committees have become more open to finding candidates within the academe that fill a specific need of the institution and are willing to consider candidates from the areas of advancement, enrollment management and finance, especially if they have a strong academic leader in the position of provost or vice president for academic affairs.”

Traditionally, the thought was that a provost would eventually move up to a presidency, but that has begun to change. A large percentage of a president’s responsibilities and time is spent fundraising, and many provosts and vice presidents of academic affairs are simply not interested in seeking donations. “That has not been their world and that has not been their area of concentration,” said Ms. Parker Myers. “For many, fundraising is not a sweet spot, and they do not want to do it. As a result, more business deans and chief fundraising officers, for instance, are ascending to presidencies.”

Technology, of course, has been a powerful driver of change, significantly impacting how Ms. Parker Myers and other recruiters conduct their searches. It has also rewritten the way that candidates consider opportunities. From online databases to online advertising to Skype and Zoom and everything in between, technology is now an integral part of the search process.

“But for all those changes and the ones to come, I have to say the one thing that technology cannot replace is the personal touch,” she said. “You cannot replace the person-to-person connection of the consultant with the candidates and the clients. In every search I’m going to pick up the phone and call them at the end of the day. That’s where the heart of a successful executive search remains. It is taking the time to listen to your client and then to talk with and listen to your candidates. You’ve got to have that connection on both sides. But the technology is what enables us to get to that point.”