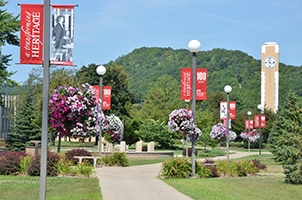 June 4, 2018 – Many academic recruiting specialists say business has never been better. Even smaller recruiting outfits have multiple assignments running concurrently, all at the senior levels. With so much activity, it seems, talent demand is far outstripping the supply.

In recent months, a number of top schools have announced that they are looking for new, high-profile leaders to take them into new eras of fundraising, digitalization, sports and, in some cases, globalization. Some universities that are looking for new leaders after a long spell without turnover are discovering a vastly different and highly competitive landscape. It is all the more reason for institutions of higher learning to turn to recruiters for help.

“Father Burns’ demonstrated success in the areas of enrollment growth, philanthropy, online education, and international partnerships — along with his dedication to research and academic excellence — made him an ideal candidate,” said Mary Ann Remick, chair of the university’s board of trustees. “His leadership related to mission and identity in Catholic education, and his reverence for Saint Mary’s Lasallian mission, made him an even stronger candidate.”

Rev. Burns, who takes on his new role on July 9th, is currently dean of the Woods College of Advancing Studies and Summer Session at Boston College. In this role, he led a 40 percent increase in revenue over the past 12 months, with a near tripling of the net contribution the Woods College has made to Boston College over the past six years. Under his leadership, what was once Boston College’s smallest school grew to become its fourth largest. Other achievements at the school include a 25 percent increase in the first-year retention rate and an endowment growth from $21 million to $25 million. With a clear and developed strategic plan, Rev. Burns is said to have strengthened organizational effectiveness at Woods College, with a specific goal of elevating the college’s reputation and fortifying its financial foundation.

Prior to his arrival at Boston College in 2010, Rev. Burns was co-chairman and associate professor of the Graduate School of Psychology at the University of St. Thomas in St. Paul, MN. He also has served as an assistant professor in counseling psychology and religion at Boston University, and he completed pre-doctoral and postdoctoral fellowships at Yale School of Medicine and Harvard Medical School.

ecruitment of Academia Presidents Rising
Reduced state funding, rising tuition costs, soaring student debt and decreased federal research funding have all contributed to a dramatic rise in the role search firms are playing in the recruitment of university presidents and chancellors.

Founded in 1912 and accredited by the Higher Learning Commission, Saint Mary’s University of Minnesota enrolls 5,700 students at its residential undergraduate college in Winona and its schools of graduate and professional programs, which are based in Minneapolis but extend worldwide. Saint Mary’s offers programs in a variety of areas leading to bachelor’s, bachelor’s completion, master’s, certificate, specialist and doctoral degrees.

For over three decades, Academic Search has been a leader in designing and implementing search processes for leaders of colleges and universities across the country. The firm has completed more than 380 executive searches for higher education institutions and related organizations, for roles that have ranged from presidents to provosts to deans.

Dr. Warren Hamos is vice president for consulting operations and senior consultant at Academic Search. Prior to her appointment, she served for five years as associate director, and subsequently interim director, of the American Council on Education’s (ACE) Emerging Leaders Group and the ACE Fellows Program.

Senior consultant Dr. Artman brings to the consultant team extensive experience in higher education and governance of independent colleges and universities, especially Catholic and other faith based colleges and universities. He has a passion for servant leadership and developing ethical leaders for the future. Dr. Artman is president emeritus of Viterbo University, where he served as president and professor of ethical leadership from 2006 to 2016.