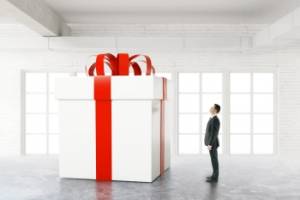 “We are pleased to welcome Ms. Steadman to Claflin’s fundraising team,” said Rev. Whittaker V. Middleton, vice president for institutional advancement at Claflin. “Her primary responsibility will be cultivating and soliciting individual gifts to the university of $50,000 or more, which is critical to the success of our strategic plan, ‘Claflin LEADS: A Shared Vision for the 21st Century.”

Ms. Steadman has 20 years of experience in fundraising, board governance, alumni relations, media relations web development and marketing. She comes to Claflin from the South Carolina Governor’s School for Science and Mathematics where she served as director of development.

Previously, Ms. Steadman provided support for successful capital campaigns at Coker College in Hartsville, SC and a $105 million campaign at Allegheny College in Pennsylvania. She also served as the director of resource development at the Pee Dee Coalition Against Domestic and Sexual Assault. In addition, she is a member of the International Rotary and the Association of Fundraising Professionals. She has also worked with several community organizations including the Community Foundation for a Better Hartsville and the Hartsville Chamber of Commerce.

Founded in 1869, Claflin University is the oldest historically black college in South Carolina. The independent, four-year institution is affiliated with the United Methodist Church and is recognized as being among the top liberal arts schools in the nation. This year, Claflin has an enrollment of 2,000 students, a record for the school. Its recent freshman class was also the largest in the school’s history.

Myers McRae serves colleges, universities, independent schools and other not-for-profit institutions. Nearly all of its search professionals have at least 20 years experience in higher education. Most of the firm’s assignments have been for presidents, chancellors, provosts, vice presidents, deans, and other senior academic and administrative leaders.

Mr. Daugherty has an extensive background in higher education administration, having served 28 years in public and independent institutions. Throughout his career in higher education, he had personnel responsibilities and served on numerous search committees for professional staff and administrators for the institution. He has conducted hundreds of searches for schools across the nation, including presidential searches for the University of Montana Western, Northwest Missouri State University, McDaniel College, Oakwood University, Kentucky Wesleyan College, Pasco-Hernando State College, Pierpont Community and Technical College, Wichita Area Technical College and the Georgia Independent College Association.