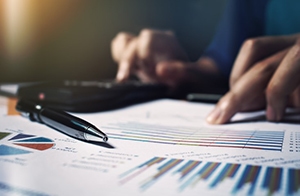 “We saw across-the-board strength in our U.S. and international staffing and Protiviti operations during the second quarter, as year-over-year growth rates accelerated versus the first quarter,” said Harold M. Messmer Jr., chairman and CEO of Robert Half. “Favorable global economic trends, a robust job market and positive business sentiment among our small and midsize client base contributed to the strong quarter.”

“We continue to invest in digital innovation initiatives that will seamlessly integrate our customers’ digital experience with our industry-leading traditional professional staffing services,” Mr. Messmer said. “During the second quarter, Robert Half’s return on invested capital was 39 percent.”

xecutive Recruiters Report Solid Gains in Latest Rankings
The executive search industry’s leading 50 players in the Americas once again surpassed $3 billion in revenues last year, according to industry newsletter ESR, in a market report to be released later this month by Hunt Scanlon Media.

Guidance for the third quarter implies management believes the company’s growth trends will continue. The third quarter revenue guidance range of $1.43 billion to $1.49 billion, represents revenue growth of 10 percent at the midpoint. Q3 income per share guidance range of $0.88 to $0.94, represents growth of 34 percent at the midpoint.

Robert Half shares have increased 24 percent since the beginning of the year, while the Standard & Poor’s 500 index has risen 5.5 percent. In the final minutes of trading after the release of its numbers, shares hit $68.97, an increase of 46 percent in the last 12 months.