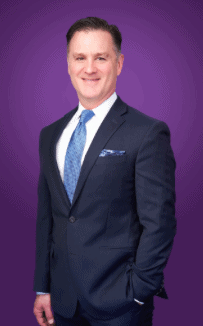 Mike Marrah is a Managing Partner with Quick Leonard Kieffer who brings a career of outstanding success in creating value for organizations by leveraging his legal, executive, and operational experience. He has demonstrated the ability – in both turnaround and stick-built environments – to put the right people in the right place at the right time to create an actionable purpose and mission; to drive accountability, agility, and alignment; and to build cultures focused on return on investment, process improvement, and accountability.

In 2017, Mike stepped down from his role as president and chief executive officer of IlliniCare Health Plan, a wholly owned subsidiary of Centene Corporation and one of the leading Medicaid health plans in Illinois, where he had P&L responsibility exceeding $1 billion. During his tenure, he effected a turnaround evidenced by year-over-year increases in employee satisfaction, revenue, health outcomes, and profits. The team he built achieved the highest technical score of all bidders in the 2017 statewide procurement, raising revenue projections to over $2 billion for 2018 and securing the state’s first sole-source foster care contract.

Previously, Mike served as the vice president of operations for Home State Health Plan in Chesterfield, Missouri, building the plan and then assuming responsibility for all non-medical operations, including network development and member and provider services. As the executive implementation lead, he developed and led many successful initiatives – including Payer of Choice, Operational Maturity, and Network Rightsizing – that have since become best practices for parent company Centene.

Mike began his career building successful private law practices focused on the protection and commercialization of human health-related intellectual property before becoming a partner in Sonnenschein, now Dentons, one of the largest law firms in the world. Mike has held multiple leadership roles with steadily increasing responsibility at Washington University in St. Louis, Monsanto, and Centene. He holds a bachelor’s degree in microbiology from Western Illinois University and a Juris Doctor from Washington University in St. Louis. He is also a registered patent attorney who has served on the boards of various organizations related to innovation.