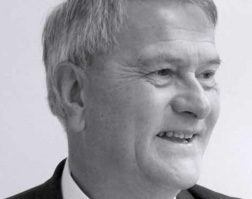 Prior to joining Amrop in 1999, Mr. Kunzel served on the Board of Managing Directors for ABN AMRO Lease Holding.  From 1987 until 1995, he had increasingly responsible positions with the Royal Nedloyd Group, finishing his career there as the CEO of Nedlloyd Districenters International.  Mr. Kunzel is a graduate of the The Royal Netherlands Military Academy, and spent 10 years as an officer in the Royal Dutch Army.