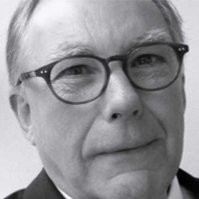 Mr. Rommes, based in the Netherlands, is a Founding Partner of JAH!, a member firm of Meridian Partners International. During many years in executive search, he has successfully supported national and international clients in the appointment for senior and executive level positions, in various industries and functional disciplines, with a particular focus on Business to Consumer, Trade & Industry, Family Owned business sectors and NED appointments.

Prior to co- founding JAH! In 2015, Mr. Rommes was Partner at Amrop from 1983 – 2014 and one of the founders of the Amrop Amsterdam office. He began his career with General Electric in London and subsequently joined AO Smith in Chicago as International Sales & Marketing Manager Europe.

Mr. Rommes graduated in Automotive Engineering at the Auto Technische School and holds a BSc in Agricultural Sciences from Hogere Landbouwschool, both in The Netherlands. A Dutch native speaker, he is also fluent in English and German.