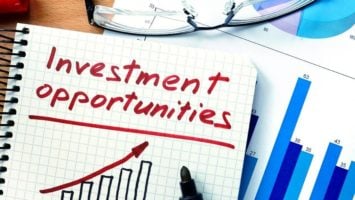 Recruit Holdings is the owner of Indeed, a jobs search engine, as well as Glassdoor, a company reviews website.

Breez, headquartered in Tel-Aviv, Israel, developed a cryptocurrency wallet that uses the Lightning Network, a mechanism that extends the functionality of a blockchain, and enables high-speed processing of everyday micropayments. In general, a transaction that takes 10 minutes or more to approve on a blockchain can be safely processed in less than a second, said Recruit Co. Also, since it minimizes mining, power costs and payment fees can be reduced. The company is also developing and providing point-of-sale systems to promote the introduction of cryptocurrency payments. Recruit’s investment will be used to support improvements to the quality and use of the cryptocurrency service.

Techbins Solutions, based in Bangalore, India, provides what is known as “niki.ai,” an AI conversational commerce platform that supports local language to empower people in making online transactions, said Recruit Co. The platform analyzes the language of users through natural language processing, enabling multiple online transactions over chat or voice interface on a single platform. Users can easily complete reservations for buses, taxis, hotels, restaurants and more, as well as recharge prepaid mobile phones and pay bills, all on “niki.ai.” In regional cities in particular, where there is a strong need for a conversational platform that supports local languages, usage of “niki.ai” has been growing 50 percent month-on-month. Recruit Co. is helping to fund expansion of the platform.

Coti Holdings, also based in Tel-Aviv, developed a next-generation blockchain technology that is unique in the way in which blocks of transaction information are clustered into chains as well as the system’s scalability as the number of blockchain users increases, said Recruit Co. With a dramatically faster transaction processing speed than conventional blockchain technology, Coti’s technology can service the processing needs of everyday payments. The transaction history tool developed by Coti also allows customers to automatically detect payments to potentially suspicious accounts. Recruit’s funding will help to improve Coti’s service quality as well as to support expansion of its user base.

Last June, Recruit Co. addressed plans to expand its HR technology segment by investing in research and development or through acquisitions, according to Staffing Industry Analysts, citing a mid-term management strategy update.

That same month, Recruit Holdings completed its $1.2 billion acquisition of Glassdoor, which is renowned for its employee reviews of businesses as well as salary information. Glassdoor is now a “distinct and separate part” of Recruiting Holdings’ expanding HR technology business segment.

Recruit Group, founded in 1960, creates and provides platforms to connect companies and consumers. It operates a wide range of services, including HR technology, recruitment advertisement, employment placement, staffing, housing and real estate, bridal, travel, dining, beauty and others. Recruit Group has over 45,000 employees and operates in more than 60 countries and enjoys more than $10 billion in annual revenue.

Check Out These Related Articles On Recruiting Investments: