Menu
View our Events
Stay Connected:
Investment of more than $3.5 million from ThinCats will go toward building out head count and technology in the U.K. and U.S. Let’s take a look at the latest funding deal in a week of heavy activity between recruiters, private equity firms and banks. 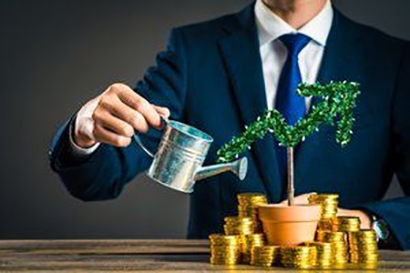 June 12, 2019 – ThinCats, a leading U.K. private lender dedicated to funding growing and ambitious small to medium sized businesses, has stepped up with more than $3.5 million in debt financing to help with expansion plans at TritonExec, an executive search firm experiencing rapid growth in the U.K. and an expanding business base in the U.S.

The deal comes one day after it was announced that a funding deal was secured by Diversified Search, a Philadelphia-based executive search firm, which in turn acquired Koya Leadership Partners as its first order of business.

TritonExec will use the capital to accelerate growth in its people and technology at its U.K. and U.S. operations. It is understood that ThinCats has not taken a stake in the business. The recruitment firm, which has built a name around recruiting senior leadership for global companies undergoing digital transformation, is said to be looking at M&A activity following eight years of climbing revenues and EBITDA. Rivals in London and across the U.S. are in its crosshairs.

“Having spoken to multiple lenders in the market we have been very impressed with ThinCats’ flexibility and understanding of how our business operates,” said Adam Stolerman, a TritonExec partner. “The legal and logistical side of conducting the deal was extremely efficient and collaborative. We’re excited about this new partnership.”

“Although this is a debt finance deal, we are also excited by the volume of private equity interest and investment in the executive search market right now,” Mr. Stolerman added. “Especially in businesses such as ours which is supplying strategic leadership to organizations in buoyant markets, specifically private equity and digital transformation.”

Dave Sherrington, regional director for business development at ThinCats, which has lent more than $550 million to SMEs, said: “TritonExec is a young, dynamic and fast growing business – they are also at the forefront of securing leadership for some of the most buoyant industries across the world right now – in private equity, technology and professional services. We are excited by their journey and look forward to working closely with them as they continue on their fast track growth trajectory.”

ThinCats is the trading name of a group of companies owned by ESF Capital Limited.

Booming Private Equity Sector Feeds TritonExec’s Expansion to the U.S.
Aside from the big-branded executive recruiters, all of whom devote significant time and manpower to talent acquisition initiatives throughout the PE space, a number boutique search firms are working alongside these investment brands…

Founded in 2011 and headquartered in London, TritonExec has managed to carve itself a niche in a highly competitive sector. The firm embraces technology to predict and uncover subtle trends in compensation, diversity and talent shortages, as well as helping to determine which candidates are most likely to be successful in a certain organizations. Predictive hiring is said to be the next big focus – and opportunity – for executive search and leadership consulting firms, according to recent intelligence reports from Hunt Scanlon Media, and a number of these outfits are investing heavily in technology to support those initiatives.

With a growing team of 40-plus staff members, more than half of TritonExec’s workforce is gender diverse. That demographic should make it appealing to clients looking to broaden their own professional ranks, from entry level to the C-suite and boardrooms – where diversity problems continue to persist. The firm maintains offices in London, Atlanta, and most recently, New York. Its placements are global, though a majority, 60 percent, have been made in the U.K. and U.S., followed by the rest of Europe and the Nordics (35 percent), and Asia (five percent).

Over the last eight years, TritonExec has assisted companies in the recruitment of candidates worldwide. The firm’s clients include Capgemini, Accenture, Deloitte, Icahn Enterprises, Gryphon Investors and its first customer, Genpact.

Diversified Search Closes Funding Round, Acquires Koya Leadership Partners
In an era of growing consolidation among recruiters, this latest deal brings together the 11th and 28th largest search firms in the U.S. Diversified Search, long reluctant to entertain investor offers, said the timing was right when a private equity firm came courting.

Last year, TritonExec expanded its private equity practice into the U.S. by opening new offices in Atlanta and New York. The firm noted that its private equity practice has been the fastest growing segment of TritonExec’s business. The U.S. expansion is being led by partner Abe Doctor. In early 2018, TritonExec reported that it had $20 million in new contracts lined up over the next 24 months. At the beginning of the second quarter of 2018, OakNorth Bank completed a debt finance deal with TritonExec, which is to be invested in marketing, technology and infrastructure.

“Companies acquiring others through private equity deals are looking to strengthen their new investments with seasoned operators in their markets, so we expect this to be one of our busiest growth areas for a number of years to come,” said Mr. Doctor. “A decade ago, the trend was to buy and sell in a relatively short space of time, whereas we’re now seeing a drive to embrace digital, especially for more traditional industries, as a means of adding value for their eventual resale.”

He described this as a boon to the firm’s digital officers practice which it expects to grow to serve the ever-expanding pool of global companies embracing digital proficiency. “Digital acumen across these areas of investment for non-digital industries is increasingly important for CEOs and executive chairmen of private equity portfolio businesses,” said Mr. Doctor.

Check Out These Related Articles On Firms Growing Through PE Investors: