Menu
View our Events
Stay Connected:
The leader of fifth largest executive search firm is stepping down in October after leading the organization the past five years. Jill Ader becomes the first female chair within a global top five executive search firm. Let’s go inside the latest developments. 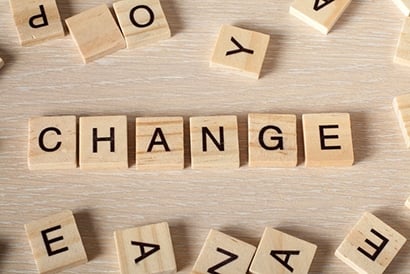 July 30, 2018 – Rajeev Vasudeva, who has served as the CEO of Egon Zehnder since 2014, will step down at the end of October, according to an internal memo sent to the firm’s partners this week.

The memo, which was first reported by the Financial Times, was sent by Jill Ader, who defeated Mr. Vasudeva last month in an unprecedented election contest to determine who would become the next chair of the headhunting firm. The election result immediately sparked speculation that Mr. Vasudeva would soon step down as CEO. In the memo, Ms. Ader said that Mr. Vasudeva had decided to resign as he felt it was “timely and appropriate for him to hand over the baton as CEO.”

Ms. Ader becomes the first female chair within a global top five executive search firm. She is the first person to hold this role within Egon Zehnder without having previously served as CEO.

A spokesperson for Egon Zehnder, which has more than 450 consultants and 257 partners worldwide, said Mr. Vasudeva’s decision to stand down marked the end of his five-year term. “He has led the firm through challenging times and his legacy is a vibrant, entrepreneurial and profitable firm poised for significant growth.”

Mr. Vasudeva will remain a senior partner. This will enable the firm to “continue to benefit from his wisdom, experience and global client relationships,” Ms. Ader said in the memo. “He has been instrumental in shaping our growth strategy, including the broadening of our identity as leadership advisers. Most importantly, our global team and market positioning have never been stronger. It is a testament to his leadership that 2018 is likely to be the best year in the firm’s history, both in terms of revenues and profits.”

Based in London, Ms. Ader is a senior partner and director of Egon Zehnder’s board. Since joining the firm in 1996, she has held a number of leadership roles including as London office leader and as a member of both the executive committee and the board.

In addition, Ms. Ader founded the firm’s CEO succession practice, and was instrumental in creating Egon Zehnder’s executive breakthrough leadership development program. Before joining the firm, her career was in retail, strategy consulting and venture capital.

“Jill is exceptionally well suited to guide our continued global growth and service innovation while retaining our ‘One Firm’ focus on our clients,” said Mr. O’Brien. “She embodies the generosity of spirit that has underpinned the success of Egon Zehnder combined with the deep trust of our clients to support their leadership journeys.”

“In the 30 years Hunt Scanlon Media has been tracking leadership moves among the largest firms in the industry, the election of Jill Ader is historic,” said Christopher W. Hunt, president. “She is the very first female to lead a top five search firm.”

“I am delighted and honored to have been elected by the partners to lead Egon Zehnder at this exciting time,” Ms. Ader said. “I believe the firm is uniquely placed to advise and support our clients as they face ever more perplexing leadership and succession challenges. Top-level search and leadership development have never been more important.”

While Egon Zehnder’s rules allow for the election of the chair, previous holders of the role have taken it on uncontested and then appointed a separate CEO from inside the firm. The partner vote reflects best practice in public company governance, which suggests chief executives should not move up to the role of chair, though this still sometimes happens as an interim measure, particularly at U.S. companies.

Egon Zehnder introduced Leaders & Daughters in 2015 to provide a forum for addressing both the gender divide and the opportunity gap faced by the next generation of women leaders. By bringing together highly accomplished leaders and their daughters and mentees, the firm addressed the opportunities, challenges, obstacles and ideals of women leaders – and began to pave a path for positive change.

This year’s theme, ‘Mind the Gap: Why Women Leave – and How to Help Them Stay,’ focused on women leaders who leave or are pushed out of their careers as they reach senior executive positions. Women across countries were clear about what motivated them: money. When looking for a job, 57 percent of respondents said a competitive salary matters most. Flexible hours and work schedule came in second, followed by health benefits. Overall, 46 percent of respondents said they would be more likely to accept a higher salary with undefined growth opportunities, versus 38 percent agreeing to the reverse.

Executive Recruiting: One Sector Where Women Can, and Do, Make a Difference

As recently as the 1970s, it was tough to find women conducting search assignments anywhere. There were pioneers, but they were few and far between. In the intervening years, however, women have made tremendous inroads in the search profession. Many women, in fact, run offices, command large practice areas, and a growing number own and operate their own recruitment firms. And with the steady rise and assimilation of boutiques, the big picture has changed considerably now for women who serve clients with distinction across the nation and around the world …. Here’s some further reading from Hunt Scanlon Media.

hy Recruiting Is an Ideal Career Path for Women
The boards of directors for publicly owned search firms continue to skew toward older males. That hard truth, however, does little to dim the enthusiasm that many in the recruitment profession hold for executive search as a career choice – or their belief in the potential for women to succeed in the field.

Women across the globe face consistent hurdles in the workplace. The top three professional challenges respondents said they experience were broadening their skill-sets (32 percent), having sufficient opportunity to showcase their abilities and potential (29 percent) and balancing their personal and professional lives (27 percent).

“Leaders & Daughters continues be a global catalyst for positive change to support professional women at all stages of their careers,” said Mr. Vasudeva. “The multiple viewpoints gathered across the globe form a rich perspective to inform how we can pragmatically improve the opportunities and lessen the obstacles for women to succeed. Without the commitment of the world’s top leaders to serve as role models in this journey we won’t accelerate the pace of change.”