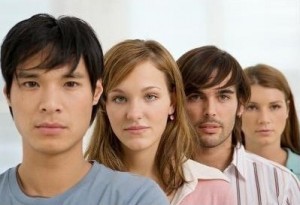 Fifty-eight percent of global employees believe the economic situation in their country will improve in 2016, according to the latest findings of the Randstad Workmonitor survey. Employees in Australia are the most positive (90 percent) while those in Chile and Greece are the least hopeful (35 percent and 19 percent, respectively).

The report also found that 42 percent of employers have an increasing need for workers within the science, technology, engineering, and math fields. More than two thirds of the respondents (67 percent) agree that their employer should invest more in developing digital skills.

Manpower reports the most severe talent shortage is in Japan (83 percent). Around two in three employers report difficulty filling jobs in both Peru (68 percent) and Hong Kong (65 percent), while talent shortages are an issue for 61 percent of employers in both Brazil and Romania.

According to the latest ‘Recruiter Nation Survey’ released by Jobvite, 56 percent of recruiters cite the lack of available skilled talent as a key stumbling block in hiring. The report, which polled over 1,400 executive recruiting and human resources professionals, also found that 95 percent of recruiters anticipate equal or increased competition for talent in 2016.

To make finding good talent an even more difficult task, Randstad’s Workmonitor survey also found that employees who expect to find another job within the next six months dropped in the last quarter. However, increases were recorded in Malaysia (+5), Canada, Chile and Hong Kong (+3). Contrary to these increases, declines were found in France (-9), and India and Turkey (-7).

Another report showed a much more lively forecast for workers looking to change positions. According to the ‘Employee Development Survey’ released by Saba and WorkplaceTrends.com, one third of U.S. and U.K workers plan to change jobs in the next six months.

If a worker is planning a career change, however, now seems to be the best time to do so. The recently released annual hiring survey by DHI Group found that 61 percent of HR managers and corporate recruiters anticipate more hiring in the first half of 2016 as compared to the second half of 2015. In the next six months, 17 percent of companies surveyed plan to hire 30 percent or more professionals, up five percentage points from the prior year.