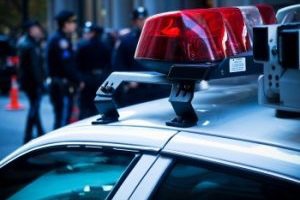 February 6, 2019 – After a national search, executive recruitment firm Public Sector Search & Consulting has placed Kenton Buckner the next chief of the Syracuse Police Department. Police chief Frank Fowler recently announced his retirement after nine years on the job. The assignment was led by Gary Peterson, president and CEO of the search firm.

Mr. Buckner was one of three finalists selected after an eight-month search process. The other candidates were Joseph Cecile, first deputy chief in Syracuse, and Kamran Afzal, chief of police in Durango, CO.

The city’s search committee included representatives from local non-profit groups, individuals who have worked in law enforcement and members of city government, according to the Syracuse Post Standard. The City of Syracuse held 10 community meetings, 36 meetings with stakeholders in law enforcement, government and non-profit groups, and received more than 700 survey responses, the newspaper said.

“Chief Buckner brings effective crime reduction strategies and a track record for increasing the diversity of his force,” said Ben Walsh, mayor of Syracuse. “He understands the importance of having strong partnerships with law enforcement and the community to make our neighborhoods safer. Syracuse has an outstanding police department. I believe Chief Buckner will make it even better.”

For the last four years, Mr. Buckner has served as police chief in Little Rock, AR, where he has overseen a department of about 600 officers. Before that, he was with the Louisville (KY) Metro Police Department for 21 years, retiring as assistant chief. He earned both his bachelor’s and master’s degrees from Eastern Kentucky University. Mr. Buckner is also a graduate of the National Executive Institute, sponsored by the FBI; Chief Executive Officer Mentoring Program at Cedarville College, sponsored by the National Organization of Black Law Enforcement Executives; and the Senior Executives in State and Local Government, sponsored by the Harvard Kennedy School.

A number of cities across the U.S. have turned to search firms to find new leaders. Here is a sampling from the Hunt Scanlon Media archives:

Colorado Springs, CO-based KRW Associates, which was recently tapped to find two new police chiefs in Colorado. The assignments involve the University of Colorado in Boulder and the city of Greely. Managing partner Jerry Williams is leading both searches along with senior associate Susan Eaton.