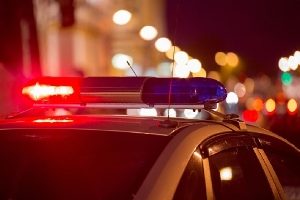 Newtown Township, in Bucks County, has a population of about 20,000. The community is looking for a chief of police with exceptional leadership and management skills to lead a progressive police department, said SGR. Candidates must have served at least 10 years in a supervisory/command position in a law enforcement agency. They must also have documented experience in managing a modern law enforcement agency including, budgeting, planning and personnel administration.

A minimum of a bachelor’s degree in police science, criminal justice, police administration, public administration or a related field is required. Graduation from the FBI National Academy, Northwestern University School of Police Staff and Command, the Southern Police Institute or other recognized and equivalent law enforcement training is preferred.

The successful candidate must pass a physical and psychological examination and drug screening, said SGR. A thorough background examination will be conducted. The candidate must be certified under Pennsylvania Act 120 (53 Pa. C.S.A. § 2161), or be eligible to receive certification within 60 days of employment.

Edinboro, in Erie County, has close to 6,500 residents. It is also home to Edinboro University, which has about 5,000 students and a university police department. The borough police department has eight full-time and one part-time officers, along with a part-time administrative clerk. Its budget is about $850,000.

The Edinboro police chief reports to the borough manager.  The position is a non-civil service position, said SGR. The chief leads, plans and directs the functions of the department. The individual must be willing to work a flexible schedule and fill in as a patrol officer when the need arises.

A bachelor’s and/or graduate degree in criminal justice administration or a related field is preferred, but may be supplemented by other work history and certifications, said SGR. Other preferred accreditation and training include graduation from the FBI National Academy, Southern Police Institute, Northwestern University School of Police Staff and Command or the equivalent.  Experience in a university town police department setting is a plus.

A Range of Services

Strategic Government Resources, founded in 1999, partners with local governments to provide a variety of services, including executive recruitment, live and online training, psychometric assessments, employee coaching and mentoring, consulting, interim management and other collaborative activities to bring value to local government and promote a servant leadership culture. SGR has over 300 local government clients in 41 states.

KRW Associates Leads Double Police Chief Searches in Colorado
Colorado Springs, CO-based KRW Associates, which was recently tapped to find two new police chiefs in Colorado. The assignments involve the University of Colorado in Boulder and the city of Greely.

Although the firm is private company, SGR operates like a local government association. Client agencies become members, not merely customers, said the firm. Most of SGR’s principals are former local government officials, allowing the search firm to bring a perspective and depth of local government expertise to every project.

In 1996, Mr. Holifield left city management and acquired Government Relations Specialists which he grew into the 49th largest lobby firm in Texas, before selling it to an employee. In 1999, he founded Strategic Government Resources to specialize in facilitating collaboration among local governments, with a particular emphasis in employee training and development of next generation leaders.

Mr. Holifield has grown SGR into the largest private sector training company that specializes in leadership, management and customer service for local governments in the nation, said the firm. He holds a bachelor’s degree in government from Abilene Christian University and a master’s in public administration from Texas Tech University.