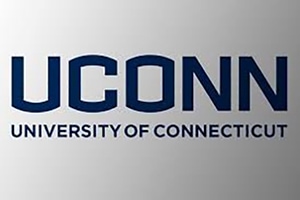 February 6, 2019 – Isaacson, Miller has placed Thomas C. Katsouleas as the 16th president of the University of Connecticut (UConn). The school’s current leader, Susan Herbst, is stepping down. John Isaacson, the search firm’s founder, is spearheading the assignment, along with Pam Pezzoli and Jennifer Carignan.

The search was managed internally by Rachel Rubin, the university’s chief of staff and executive secretary to the board, and Michael Kirk, the deputy chief of staff. Board chair Thomas Kruger said that he asked Isaacson, Miller to hold meetings with members of the campus community not on the search committee who wish to provide input on the search. In September, the firm also held open forums for faculty, staff and students. The school’s contract with Isaacson, Miller called for a fee of $225,000, to be paid in five retainers of $45,000 each.

Mr. Katsouleas, currently executive vice president and provost of the University of Virginia, comes to Connecticut with the endorsement of the state’s new governor, Ned Lamont, who welcomed Mr. Katsouleas on Tuesday before an enthusiastic crowd in the Wilbur Cross Building.

“UConn is a vital piece of Connecticut’s economic engine, and I look forward to working with Tom in ensuring that the university and our state’s economic development team, large corporations, small businesses, and start-ups alike are working together to help develop a pipeline of talent and an environment that supports business development and economic growth,” Mr. Lamont said.

“Tom’s reputation is one of advocacy and relationship-building, a key attribute for the president of our flagship university,” he said. “I look forward to connecting him with business leaders, our agency commissioners, members of the nonprofit and advocacy community, and others as we work toward a Connecticut that is forward-thinking, strategic, and welcoming to new graduates, businesses, and entrepreneurs alike.”

Mr. Katsouleas has served in his role with Virginia since 2015, having been appointed to the position after serving for seven years at Duke University as the dean of the Pratt School of Engineering and professor of electrical and computer engineering. He was among more than 200 applicants for UConn’s president position.

Mr. Katsouleas said that he plans to spend time in Connecticut in the coming months to prepare for the job, working with Ms. Herbst and others to ensure a smooth transition.

Leadership Turnover Creates Surge in Searches for College Presidents
Turnover in the top leadership of colleges and universities across the country has been keeping executive recruiters who specialize in the academic sector busier than ever. In fact, there are at least 59 searches underway right now. Expert recruiters offer their perspective on what’s behind the trend and the challenges it poses. It’s another Hunt Scanlon exclusive!

“Tom is clearly the right candidate at the right time to lead UConn forward, and we are delighted he has decided to come to Connecticut,” said Mr. Kruger. “He has a deep and comprehensive understanding of what makes a major research university work and what success looks like. We were drawn to Tom’s vision of what the future of UConn can be and how we as a university can work with the Governor and his administration to help support the Governor’s economic vision for the state.”

Established in 1881, the University of Connecticut is one of the top public research universities in the nation, with more than 30,000 students. The school offers over 100 majors, eight undergraduate degrees, 17 graduate degrees and five professional degree programs.

Ms. Pezzoli originally joined Isaacson, Miller in 2007, recruiting leaders in higher education as well as non-profit and advocacy organizations. She rejoined the firm last year, focusing on recruiting presidents, chancellors, provosts and deans in large public research universities, comprehensive institutions and private research universities. Her experience in systems of higher education, including SUNY and California State University, give her added insight into the challenges leaders face.

Ms. Carignan focuses on presidential, provost and dean searches in academic and student affairs, as well as leadership searches for environment and conservation non-profit organizations. Since 2015, she has placed presidents for Isaacson, Miller clients Dickinson College, Converse College, DePauw University, Colby College, Davidson College and Bowdoin College, among others.